Public Education and One Superposition 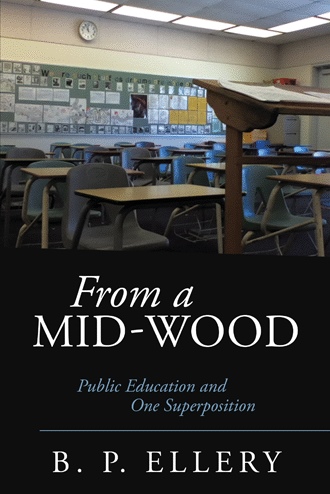 “A perfect representation of postmodern despair: hopeless civic cynicism and individual apathy produce a sense of futility that recent cultural history more than seems to justify. … A must-read.”
—Nihilism Next

B. P. Ellery was born and raised in San Francisco’s East Bay. Ellery has worked for more than twenty years as a janitor in the public school system, which has afforded him great insight into the behavior of teachers and the consequences of educational policy. He also has assisted his parents in their flourishing feng shui business, where his specialty is correctly positioning beds and enhancing the effect of mirrors. As a result, the author will only sit in chairs facing north and thus often finds himself outside the circle of conversation—or standing more frequently than he’d like.