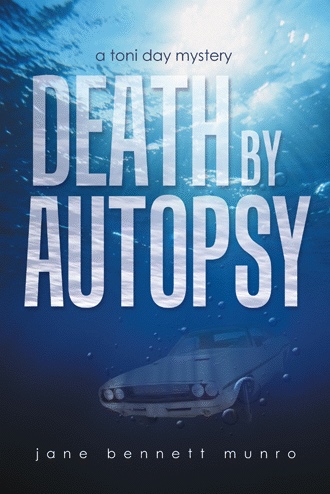 The woman’s battered body lay on my autopsy table, covered only by a sheet. She was in her middle fifties and heavy-set. Her blonde hair was clotted with blood. Her plump arms hung off the sides of the table because there was no room for them on the table. The entire right side of her face was purple, her nose broken, and her eyes swollen shut. Although I knew her, she was virtually unrecognizable now.
I removed the sheet. Slowly, I circled the table, pointing out large purple ecchymoses on her left upper chest and right lower flank while my assistant, Natalie, noted them on the body diagram sheet. Underneath them were broken ribs. I palpated armpits, neck and groins for swollen lymph nodes, and her breasts for masses, not finding any. I ran my fingers through her hair and located a lump with a 4-inch laceration on the back of her head.
Normally, I would open the head and remove the brain first. I’m not sure why I didn’t this time. As it turned out, that was a good thing.
I picked up a scalpel and handed it to Natalie. “Go ahead,” I said. “Do the Y-shaped incision.”
Natalie, one of my two histotechs, was being trained to also assist at autopsies. This would be her first Y-shaped incision. With trembling hand and excruciating slowness, she executed it. “Dr. Day? Is there usually this much blood?”
There did seem to be more of it than usual. “No, not usually.” I took the scalpel from her, and quickly dissected the chest muscles away from the ribs. It was quite messy, and I rinsed the area with the hose before cutting through the ribs with the Stryker saw. I lifted up the breast plate and dissected it free of the diaphragm.
Natalie stared wide-eyed into the chest cavity. “Dr. Day? I thought I saw something move in there.”
I reached into the chest cavity and put my gloved hand on the heart, beneath the pericardium. I felt it beat.
Once.
Twice.
Oh, my God.
I stared into Natalie’s eyes, trying not to panic.
“Did you feel it?” she whispered.
I nodded slowly.
“What do we do now?” she asked.
“I haven’t the faintest idea,” I replied, my voice trembling as panic overcame me.
“You haven’t the faintest idea about what?” asked Hal, my husband.
I awoke, shaking and drenched in sweat.

No one can make you feel inferior without your consent.
Eleanor Roosevelt

“Dr. Toni!”
I knew who it was without looking. It was someone I didn’t want to talk to. I pretended I didn’t hear her and kept walking.
“Dr. Toni, wait! I have to tell you something.”
Oh, must you?
With a sigh I turned to see a short round figure bustling down the hall towards me, clipboard in hand, and I tensed reflexively. Beulah Pritchard, RN, had also worked at the old Perrine Memorial Hospital as an office nurse, and was now in charge of infection control; a position that threw her into my path even more frequently than before.
Beulah, a short, fiftyish blonde with washed-out blue eyes behind smudgy spectacles, had a pug nose and round red cheeks, and always gave the impression that she was a warm and friendly person. That is, until she opened her mouth. She reminded me of a dog that wagged its tail and smiled at you until you got close enough for it to bite you.
I never wanted to hear anything Beulah had to say to me. It was always something bad.
“I saw a note on a chart yesterday that mentioned you,” she said, puffing a little as she caught up with me.  “It was on a hospital chart. You know, that lady from Gooding? The one who had the hysterectomy?”
Oh, right. That one. On any given day we might have anywhere from two to six hysterectomies on the surgery schedule. And I’m automatically supposed to know which one Beulah was referring to?
I braced myself.
“Apparently her doctor doesn’t think you’re very good at reading out endometrial biopsies.”
Beulah never disappoints.
“Which one?” I asked.
“The one from Gooding, of course.”
“How’d a doctor from Gooding put a note on our hospital chart?”
“It’s not on our hospital chart,” Beulah said testily. “It’s in the records they sent over from Gooding.”
“Oh, well, then, that makes all the difference in the world. Why didn’t you say that in the first place?”
She pouted a little “There’s no reason to be sarcastic, Doctor.”
She couldn’t have been more wrong; I had every reason to be sarcastic. It was the only defense I had. Even getting her fired wouldn’t help, because I would still run into her at the mall or in the supermarket. I kept walking. She chugged along beside me, rather like a locomotive belching acrid smoke.
“She has uterine cancer, you know,” she told me reproachfully.
I’d probably diagnosed it, but she was acting like I’d caused it. There is a difference, although sometimes people don’t realize it.
“And you’re involved in her case because …?”
“She has a postoperative wound infection.”
Of course. Beulah probably blamed me for that too. She’d reason that I’d misdiagnosed the patient’s endometrial biopsy as cancer, causing the patient to have a hysterectomy, without which she wouldn’t have had a wound to infect.
By this time we’d arrived at the door to the lab, where I was obliged to swipe my badge to get in. There were damn few places in this fancy new hospital where one could go without swiping a badge. Cascade was all about security. One practically had to get one’s retinas scanned to gain access to one’s own computer. But there would be nothing to prevent Beulah from accompanying me all the way to my office, dispensing little sourballs of information along the way.
“So, are we done?” I asked her. “Is there anything else you think I need to know?” Might as well get it all over with, I thought, seeing as my day was ruined anyway.
But mercifully, she was done with me, and I was able to get to my office without her help. I never was quite sure if Beulah thought she was really helping me by telling me all the little things she thought I should know, or if she was doing it because she didn’t like me and wanted to make me feel inferior. I suspected the latter. It couldn’t just be coincidence that everything she thought I needed to know was derogatory.
“Damn the woman,” I muttered as I unlocked my office door, but my partner, Mike Leonard, heard me. At six feet, he towered over me as he loomed up in my office doorway. “Morning, Toni, what’s up with y’all?”
Mike, originally from Texas, had a family of five brothers and a pathologist father. His perpetually sunny disposition never failed to make me feel better about practically everything. Mike had come to Perrine Memorial almost by accident, seven years earlier. His father-in-law, Nicholas Schroeder, M.D., a pathologist, had done a locum tenens for me; that is, substituted for me while I dealt with my role as chief suspect for the murder of Dr. Sally Shore, the itinerant surgeon who tried to short-circuit my career back in 2005. 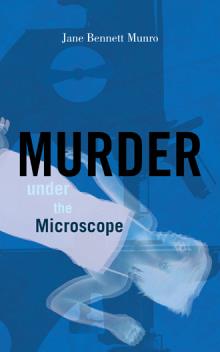 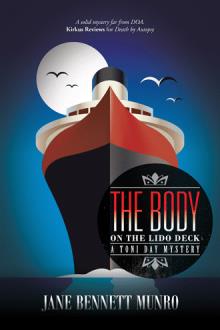 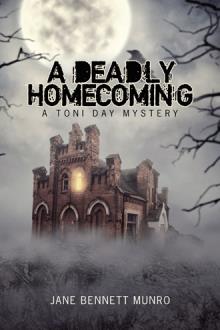 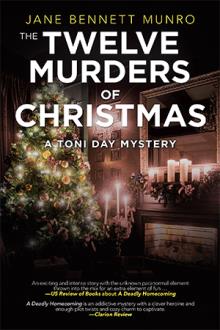 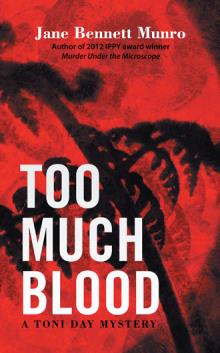 Too Much Blood
Jane Bennett Munro
$22.95 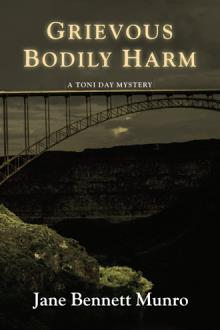 Pathologist Toni Day is faced with a situation most pathologists only joke about. Beulah Pritchard comes back to life on her autopsy table. Beulah was a coworker of Toni’s at Cascade Perrine Regional Medical Center, where she was known as a merciless gossip, happiest to attack female doctors with slander and lies.

Beulah drove her car off a snow-covered road with her husband’s dead body in the trunk. Although Beulah survived her injuries and hypothermia, she died, only to come alive on Toni’s table—and die again. Beulah’s estranged sister threatens to sue both Toni and the hospital for wrongful death, but it’s soon apparent both Beulah and her husband were murdered.

To save her career and the hospital, Toni investigates the mysterious deaths of Mr. and Mrs. Pritchard. Her inquiries uncover a decades-old scheme of embezzlement, blackmail, and more. Soon, someone is on Toni’s tail: the killer, desperate to stop the curious pathologist from uncovering the truth. In order to stay alive, Toni must confront a vicious and clever murderer who will do anything to keep the past under wraps.

Jane Bennett Munro, MD, has been a hospital-based pathologist for thirty-seven years. Her novel Murder under the Microscope received the 2012 IPPY Award; Too Much Blood won the 2014 Feathered Quill Award. She is also the author of Grievous Bodily Harm. She lives in Twin Falls, Idaho.