Learning to Rejoice in the Middle of …! 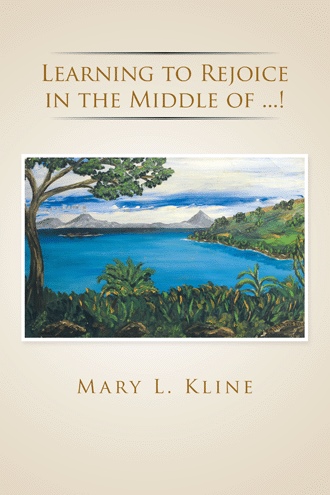 1964, Baraka Mission, Congo. We have been shocked to learn recently, when our African helper burst in unexpectedly one evening begging for shelter for the night, that there are drunken and undisciplined Simba (seem’bah - Swahili word for lion) rebel soldiers in our area, breaking into houses, beating up people, intimidating the young men into joining them, throwing the resisters in jail, pillaging, stealing, and some nights we have heard gun shots! And people tell us the good officials of this province have been jailed and ‘bad’ ones have taken their places. All this, to make sure the coming election goes ‘their way’! Oh pray that the Congo Central government will remain a ‘good’ one. General elections will be in June, and it is predicted this will be a time of much trouble and unrest. Pray for strength for the good government officials, and for the success of their attempts to stamp out the terrorist activities of those who are making desperate attempts to gain control of not only Congo, but all Africa as well. (We learned later that the Simba rebel revolutionary soldiers had lists of people that had been educated by Christian missionaries, including teachers and Christian leaders. They were all slated for mass execution.)

How do we feel when suddenly confronted with the knowledge that danger is nearly on our doorstep? Shook-up, to say the least. Here we had been feeling so secure in thinking that our peaceful little corner of Congo was too isolated, that it wouldn’t happen here as it had in Kwilu Province where 300 missionaries had recently been evacuated, leaving everything behind. We prayed for them as we heard the terrible news, “Oh Lord, give them peace of mind.” But when the very real possibility comes so close to our home, there is such temptation to become fearful and anxious – “Should we begin packing the things we treasure most? How best to plan a quick escape? Will they leave us unmolested? Oh Lord, help us to be willing to lose all our possessions, help us to be able to radiate your joy even if called upon to suffer imprisonment or possible martyrdom for your Name’s sake.” Yes, it’s different when the threat of danger comes close to home. We are sure you will be praying with us and for the Congolese Christians - for His protection, for strength, courage, and hearts so full of love, peace, and joy that there is no room for fear.

One evening, a week or two later, some of our Babembe church leaders had come to us and begged us to leave quickly for our sakes as well as for theirs. They had told us that it was no longer safe for them to have us living there! So, we hurriedly had packed up, taking what we could, as well as the kids’ bikes, our typewriter, recorder, some of our clothing, my little portable sewing machine, our Bibles, some food for the journey, our slide projector, our passports, our baby books, and a few important papers. We thoroughly expected to be able to return to resume our work at Baraka Mission within a few months, after the election. Phil did return several times for short visits to give direction and assurance to the people that they had not been abandoned. But at the time we left, evidently there was close and imminent danger of the Simba Army coming nearer, because our church people kept urging us to hurry.

After we were all on the boat - Phil, Mary, Patty, Joe, and another missionary family, Phil tried to start the engine on the Mission’s thirty foot diesel powered boat. It would not start. Finally, he stripped off his trousers, climbed off the boat - went down into the swampy channel, swam down under the boat, and was able to remove the vines that had wrapped themselves around the propeller! He climbed back on board and when the engine finally turned over we all cheered, and prayed together for the Lord’s protection for all of us. I was nearly eight months pregnant, and as the children and I huddled down in the cabin of the boat, I began to feel nauseated by the fumes from the engine. I remember feeling very sick as we chugged across the lake into the dark of the night. I don’t remember if the water was choppy or calm. I only remember my feelings of relief when we finally docked in the harbour at Bujumbura. We were refugees. We had left most of our belongings behind. Many missionaries in other parts of the Congo escaped with only the clothing they were wearing, and some others, like the Catholic Fathers, whose mission was only one mile from ours, were martyred. (Little did we know that we would never be able to return to Congo to live and work there. We only knew that God had delivered us from the hand of the Evil one who had taken possession of many of the young African men.)

Learning to Rejoice in the Middle of …! Brings to life the travels and missionary work of Phil and Mary Kline, husband and wife, who served together as missionaries of the Free Methodist Church in several African countries between 1953 and 1968. Mary, the author, wrote weekly letters home to her parents, chronicling their experiences and observations. Decades later, she turned that collection of saved correspondence into the foundation of Learning to Rejoice in the Middle of …!

Phil supervised a variety of construction projects during the years he and Mary served in several countries, including South Africa, Burundi, and Rwanda. Mary’s letters bring to life the challenges they faced in their missionary work and illumine the many small details that come together to make up the lives of a missionary family.

Learning to Rejoice in the Middle of …! gives voice to a pair of committed and hardworking missionaries who labored together to use their talents to serve others, to live out their faith by their words and actions, to pass on that faith to others. Whether you have an interest in the history of Christian missionaries in Africa or you desire to immerse yourself in the story of people who follow their calling, Learning to Rejoice in the Middle of …! Will inspire and educate you.

Mary L. Kline served with her husband, Phil, as a missionary teacher in Africa. She taught Sunday school until she turned ninety. Periodicals of the Free Methodist Church have published her poems and articles. She lives in Central California with many of her children and grandchildren.