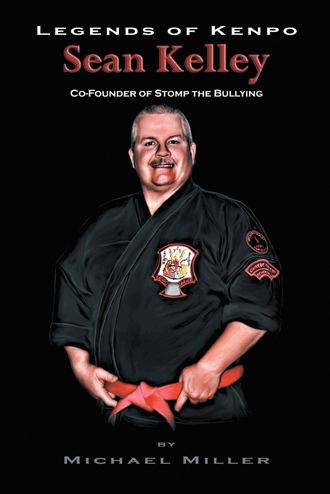 The viewing was difficult for Sean to handle but the love that was clearly there for Parker was unquestionable. After the viewing, the pallbearers carried the casket to the hears and countless limousines filled with celebrities, friends, and family made their way to the cemetery for the burial. They were all led by police escorts on motorcycles who looked like police from the old series "Chips" starring Erik Estrada with those big boots. Sean was astonished by such a great turnout. It was proof of what an impact Parker had on so many people. Hills of grass covered the packed cemetery as everyone stood near the carefully picked area where Parker would be buried. The entire Parker family, dressed in white, sat in the front area where the casket would be lowered. Tears streamed down their faces as they hugged each other in disbelief that this great man had passed at the young age of 59. To them it seemed like a dream, a horrible nightmare, and they just wanted to wake up and Ed Parker would still be there. As Parker was laid to rest, many people stood in the meditating position giving their last salutes to their teacher, mentor, and guide in life. It was overwhelming and emotional for Sean, and he wondered what would happen in the future to the world of Kenpo. It was too much to grasp at the moment and it seemed surreal. Ed Parker was gone and it would be up to his disciples to carry the torch of his system and to illuminate his legacy. 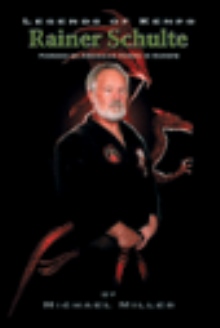 This is the 2nd book of a series of biographies meant to provide clarity to Kenpo practitioners worldwide about the history of where Ed Parker’s art came from, how it evolved into what it is today, and who some of the key soldiers were. This series will serve as a historical documentation of the garden produced by the seeds sowed by Ed Parker and some of his most decorated dignitaries.

This is Sean Kelley’s story--the story of the constant new kid at school, moving eleven times throughout Connecticut and Pennsylvania before turning 11 years old, dealing with bullying and a troubled childhood, to becoming a successful international Kenpo instructor, dodging bullets as a Guardian Angel, and becoming the co-founder of Stomp the Bullying, Inc. changing thousands of children’s lives.

Michael Miller is a freelance writer and author based out of Bradford, PA. His publishing credits include several magazine feature articles in Inside Kung-fu and Black Belt magazines as well as the Legends of Kenpo biography series. He holds a Bachelor of Arts degree in writing with a minor in sociology from the University of Pittsburgh. Additionally, at the publication date of this book, Miller is a 5th degree black belt in Ed Parker's American Kenpo under 7th degree black belt Sean P. Kelley. Miller also actively trains with Grandmaster Michael Robert Pick and Master Rainer Schulte. Miller is an international martial arts instructor having traveled to teach throughout the United States as well as Germany. He also attends seminars around the United States to take classes under other Kenpo greats as well as such legends as Bill "Superfoot" Wallace and the late Joe Lewis. Miller is a Guardian Angel who co-founded the "Stomp the Bullying" program which has received international recognition and several celebrity endorsements. Miller's full-time martial arts school, Miller's Kenpo Karate Dojo, located at 443 East Main Street in Bradford, PA 16701, is a Chinese Karate Federation school and Miller serves as the CKF Public Relations Administrator and as one of the organizations top black belts. You can visit his Web site at www.millersdojo.com and he can be reached at 814-368-3725 or by e-mail at michael.miller@millersdojo.com.