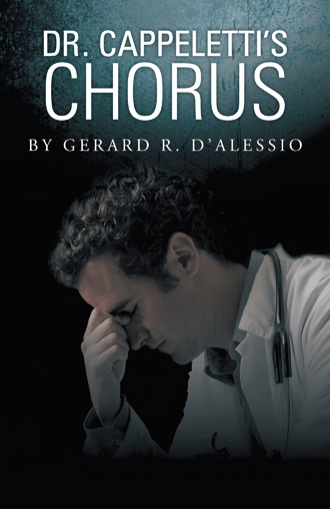 Laura “I don’t think she likes me,” Tony told me once we were in the car and driving to the cinema. Reflexively I turned quickly to him, ready to deny it. But I saw him smiling and knew he was all right with it. “Don’t worry about it,” I told him. “Mom has her set ways. She’ll get over it. You’ll see.” I didn’t have to spell out Mom’s unreasonable prejudice (is there a reasonable prejudice?). At that moment, whatever she thought seemed irrelevant. The truth was that I was drawn to this young man who seemed to me almost too good to be true: handsome, intelligent, religious, hard working…I laughed to myself as I thought of the litany of virtues in the Girl Scout Manual. Maybe I was idealizing him. If so, maybe that was a sign that I was in love. And if that were true, it would be the first time in a very long time. “It’s all right,” he told me, “she’s just afraid that I’ll whisk you off.” “Is that what you’re going to do?” He turned and stared at me for a moment before turning back to watch the road. “Time will tell.” Then, after a moment, he added: “Maybe you’ll be whisking me off.” I smiled at that. “Yes,” I said. “Maybe I will. You’d better watch out.” Tony took me to the movie theater downtown, once known as the Rialto, but now rechristened the Clarksburg Cinema. The old movie house was in a state of slight decay, but back then it still displayed its grand and gaudy rococo style and conveyed an air of defiant opulence. The Cinema maintained an early twentieth-century opera-house charm and had retained its balcony where we sat and necked (while we watched Ordinary People with Donald Sutherland and Mary Tyler Moore). Afterward, we drove east on the Boulevard to Hiram’s, the popular hamburger and hotdog hangout for the high school and college crowd, where we continued smooching until it was time for him to take me home. Betty I wasn’t waiting up in the living room with the porch light on when she came home, but I was awake and noted with some satisfaction and maternal pride the respectable time my daughter came in. Perhaps Laura would maintain control of the relationship after all. I sighed in relief and turned onto my side and allowed myself to fall asleep. I worry so much about Laura, about her falling in love with the wrong boy and ruining her life. But, truthfully, I know I probably don’t have anything to worry about. She’s a sensible girl and practical, like me. I know she’ll choose wisely and won’t be misled just because some hot guy gets her blood stirred up. Tony After taking Laura home that night, after our first date, I drove back to my house on East Fourth Street where I lived with my dad. Alberto Cappeletti, Pop, essentially built our modest home all by himself after he and my mom got married in 1966. My mother died twenty-two years later from cancer. That was only two years ago, in 1988 when I was twenty years old and still a sophomore in college. When I arrived home, I pulled the car into the driveway. Pop’s pickup truck was parked in front of me, meaning that he was home. I knew he was already asleep because the house was dark, so I was extra quiet when I went inside. He works hard and sleeps lightly, so I didn’t want to disturb him. After a quick snack in the kitchen, I went up to my room. I had to get up early to go to work at St. Ignatius’s Hospital where I was an orderly on weekends and two nights a week when it wasn’t during baseball season. From March through May and into June, I played second base on our college baseball team. But, that night I wasn’t able to fall asleep right away. I kept thinking of Laura: how pretty she was, how aroused she made me while we were necking in the parking lot out at Hiram’s. I was thinking to myself, maybe this is what it feels like to fall in love; I mean to really fall in love. Laura I took my time getting undressed and ready for bed. I still felt sexually aroused. I knew that I was going to have sex with Tony and I was looking forward to it. I knew that at some point Tony and I would drive up onto Fairfax Mountain and find a secluded place in the woods where we would make love. Tonight had been our first date and I was determined not to appear too easy. 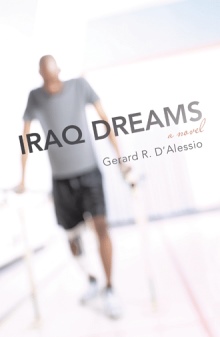 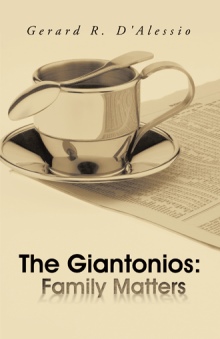 Anthony Cappeletti works hard and does everything right. He’s an alter boy, a star on his college baseball team; he graduates near the top of his college and medical school classes, and he overcomes major fi nancial obstacles to achieve his boyhood dream of becoming a successful physician in his hometown in central Pennsylvania. He marries his college sweetheart, has three wonderful children and earns the respect of everyone in his community. Then, without warning, Tony is accused of sexually assaulting eight female patients. His family is shocked and devastated by the consequences of these accusations. Tony claims he is the victim of a conspiracy to destroy his reputation. He loses his license, his hospital privileges, and his ability to practice medicine at all. His world falls apart, but so does that of his wife, his children, his father and his step-mother. Facing the most crucial time in his life, Tony struggles to convince his family - and a jury - of his innocence as he faces decades in prison. Is he guilty or the victim of a plot to destroy him?

Gerard D’Alessio received his PhD degree in Clinical Psychology from Northwestern University. After practicing for thirty-seven years, he retired to Philadelphia, PA where he now lives with his artist wife, Susan, and has been writing fi ction (short stories, novels and plays)in which he strives to capture the drama of everyday life.