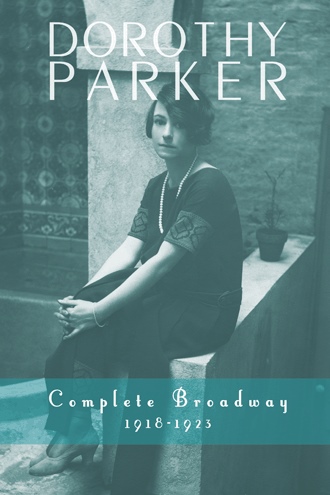 Society Goes to the Play Eavesdropped during a performance of Pins and Needles at the Shubert Theatre Published in “The Conning Tower” of the New York World, Feb. 6, 1922 “Good night, look at that costume.” “Some get-up, I’ll say.” “Look, is she fatter than me?” “I’ll say she is.” “Well, look, is that one on the end as fat as—oh, look, there’s Harry Pilcer. He had some place in Paris, believe me.” “I’ll say so.” “Look, this is supposed to be Deauville. There’s some expensive place. Oh boy!” “I’ll say it is. Brother of mine spent 60,000 francs there.” “Oh boy—how’d he get that way? What I couldn’t do with 60,000 francs. Good night!” “I see where francs were quoted at eight thirty-five today. I’ll say that’s better.” “Let’s see. That’s eight cents and thirty-five tenths. Is that what you mean? Gosh, yes, that’s much better.” “Look, that one in the middle, she’s too thin, I think. The one next to her—now, she’s all the thinner I’d like to be.” “Nice-looking girls, I’ll say.” “Yes, but look, I don’t see why those chorus girls get away with it with you men. Why, they haven’t got a brain in their head, any of them. Good night!” 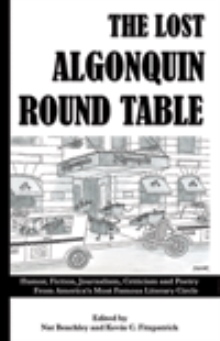 Dorothy Parker holds a place in history as one of New York’s most beloved writers. Now, for the first time in nearly a century, the public is invited to enjoy Mrs. Parker’s sharp wit and biting commentary on the Jazz Age hits and flops in this first-ever published collection of her groundbreaking Broadway reviews.

Starting when she was twenty-four at Vanity Fair as New York’s only female theatre critic, Mrs. Parker reviewed some of the biggest names of the era: the Barrymores, George M. Cohan, W.C. Fields, Helen Hayes, Al Jolson, Eugene O’Neil, Will Rogers, and the Ziegfeld Follies. Her words of praise—and contempt—for the dramas, comedies, musicals, and revues are just as fresh and funny today as they were in the age of speakeasies and bathtub gin. Annotated with a notes section by Kevin C. Fitzpatrick, president of the Dorothy Parker Society, the volume shares Parker’s outspoken opinions of a great era of live theatre in America, from a time before radio, talking pictures, and television decimated attendance.

Dorothy Parker: Complete Broadway, 1918–1923 provides a fascinating glimpse of Broadway in its Golden Era and literary life in New York through the eyes of a renowned theatre critic.

Kevin C. Fitzpatrick is an independent historian who founded the Dorothy Parker Society in 1999. He has worked as a journalist in New York and is the author of several books. Fitzpatrick is a licensed New York City Sightseeing Guide who has been leading walking tours since 2000. He and his family live in Manhattan and Shelter Island, New York.

Dorothy Parker (1893–1967) was one of New York’s most beloved writers. During her fifty-year writing career, she wrote poems, short stories, a novella, plays, theatre and book criticism, and dozens of film scripts. Her numerous posthumous honors include induction into the New York State Writers Hall of Fame, a commemorative US postage stamp, and her birthplace in New Jersey being named a national literary landmark.