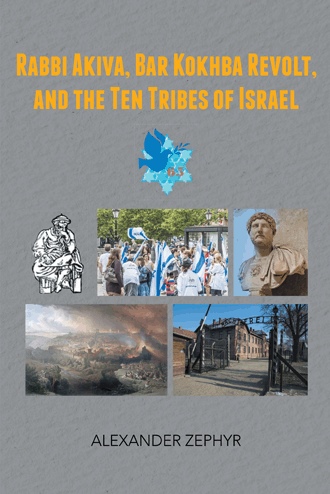 ‘Rabbi Akiva, the Bar Kokhba Revolt, and the Ten Tribes of Israel’ is a newly published book by Alexander Zephyr. As in his previous work, ‘State of Israel, Its Friends and Enemies. Prophetic Future’, the author concentrates on the fate and destiny of the Lost Ten Tribes of Israel. This theme is his passion, pain, and joy. It is a fascinating and well told unique story with a happy ending, based on a deep knowledge of Scripture, Talmud, and Rabbinical Sages.

However, the subject of the Ten Tribes is not the central issue of this book. The main hero here is Rabbi Akiva, his life, his students, and particularly his association with Bar Kokhba and the Jewish Revolt of 132-135 CE. Alexander Zephyr is one of a few rear scholars who have the courage to present the true story of R. Akiva. This Sage was involved in the Jewish-Roman War. He made a dramatic (and mistaken!) announcement of Bar Kokhba as the God chosen Messiah. His actions had grave consequences for his 24,000 students who perished and for the Jewish nation as a whole. ‘This unwarranted- by- Scripture decision drew the Jewish People into massacre by the Romans. It brought upon the Jewish People such an unparalleled historical tragedy, the consequences of which we still suffer from in our days’.

The personality of R. Akiva in Talmud is so highly esteemed that it is untouchable. Any criticism directed at him is perceived as an unjustifiable insult on his renowned status and of Judaism as well. In the opinion of the author, readers should have objective knowledge of the past events of history. This is needed in order not to repeat mistakes that led to catastrophic disasters. Nobody should be allowed to calculate the Messianic Era nor force Divine Providence by promoting a self-made Messiah and ignite Messianic wars without the approval of God. These actions are certainly not supported by God and do no service to Him.

In his startling book, Alexander Zephyr illuminates and makes tangible the epoch of the Jewish-Roman wars of the first and second Centuries. He gives a clear analysis as to why these attempts of the Jewish People to liberate themselves ended in devastating failures. The conclusion of the author is: “It is God of Israel who will reveal the Messiah to us. He will wage and fight wars on behalf of His People Israel! Any human attempt to force the hand of God to produce the Messiah or predict the Messianic Time is ultimately doomed to failure’. 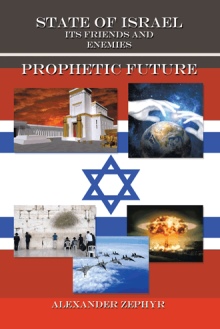 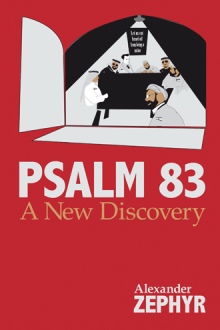 Alexander Zephyr is the author of The State of Israel: Its Friends and Enemies. Prophetic Future. Like his previous work, Rabbi Akiva, the Bar Kokhba Revolt and the Ten Tribes of Israel focuses on the fate and destiny of the so-called ‘Lost’ Ten Tribes of Israel. It is a fascinating and climactic story told with passion, conviction, and extensive knowledge of Scripture, the Talmud, and Rabbinical literature.

While the Ten Tribes is a key theme of the book, the main hero is Rabbi Akiva—his life, his students, and particularly his association with Bar Kokhba and the Jewish Revolt of 132-135CE. One of the few rare scholars with the courage to present the authentic story of R. Akiva, Zephyr covers the legendary figure’s involvement in the Jewish-Roman war as well as his dramatic and mistaken announcement of Bar Kokhba as the God-chosen Messiah. This book is the story of a massacre of the Jewish people in an unparalleled historical tragedy, the consequences of which are still suffered today. It is also a testament of life-affirming faith in the Scriptural promise of a Messianic Era and the World-to-Come.

Alexander Zephyr was born in Eastern Europe. He graduated from State University of Jurisprudence, for a few years practiced law, and then immigrated to Canada where he resides with his family. His books, articles, and essays have been published in Israel and North America.