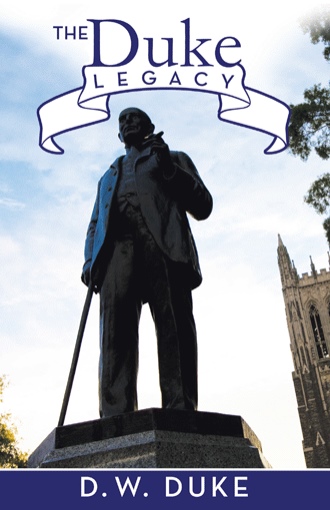 October 15, 1855, was unusually warm in North Carolina. Thirty-four-year-old Washington was visiting the courthouse to look for a file he thought might someday be of importance to the family. The clerk was unable to locate the file, and Washington left the courthouse disappointed. As he walked out of the front door of the courthouse, he noticed a large number of slaves standing in two groups, males to the right and females to the left. As he walked between the two groups, he heard a woman call his name. He turned and saw a beautiful slave woman who was close to his own age. “Do I know you?” he asked. She replied, “Don’t you recognize me?” Washington studied her for some time and then finally saw a familiarity that he could not identify. “You look familiar, but I don’t recall where I know you from. What is your name?” “Caroline,” she replied. “How do I know you?” “When we were very young you helped me move a heavy bag of grain across the muddy street in Hillsboro. I have never forgotten that day, and I have never forgotten you.” Suddenly Washington remembered the young slave girl he had protected from her abusive master during his own teen years. “What are you doing at this auction?” “I am being sold today. The man who was beating me the day I met you died about three years after that. He was always drunk. I think he drank himself to death. After he died, his son took over the farm. The son was mean, like his father. He would beat us for no reason, especially the girls. He died a few months ago, and now his estate is up for auction to pay his debts.” “I am sorry to hear about your hardship, Caroline.” Washington paused for a moment and then asked, “What would you like to have if you could have any wish?” “I would like to be free,” she replied. Washington nodded as he looked at the ground. “It was good to see you again, Caroline,” he replied as he turned and walked away. When the auction began, Caroline stood in the hot sun as the slaves were sold one at a time. After standing from early morning until late in the afternoon, a man finally came and took ahold of her arm. He led her up the steps onto the platform where each slave was to stand when the bidding began. The auctioneer said, “Look at this fine female specimen. We always save the best for the last. She would be a beautiful showpiece when the boys are over for a drink, a true symbol of a gentleman’s prosperity.” Prying her lips apart, he said, “See her perfect white teeth.” Because of her beauty, the auctioneer opened the bidding at $300, nearly twice the price of the average female slave in Hillsboro that summer. Caroline did not look up to see the three or four men who were bidding on her. Tears flowed gently down her cheeks as she cried softly to herself. Soon only two voices competed to purchase her. The bidders competed vigorously, raising the number in small increments each time they bid. Finally the bidding stalled at $600. The auctioneer said, “The highest bid is six hundred dollars. Do I hear six hundred and one?” Hearing no further bids, the auctioneer said, “Going once, twice …” “Six hundred and one,” shouted a man from the back of the crowd who had not previously participated in the bidding. “Six hundred and one,” the auctioneer shouted. “Do I hear six hundred two? Six hundred and two …” “Going once, going twice … sold to the highest bidder, the man in the back, for six hundred and one dollars. Come and claim your prize, sir. She is a fine one for sure.” A guard led Caroline down from the platform where she stood waiting for her new master to pay the bill. “She is all yours,” the guard said to her new owner. Caroline looked up to see who had bought her. Washington Duke reached out his hand to her. She was so overcome with emotion that she almost fainted as she put her hand in his and buckled over in tears. “Caroline,” Washington said, “you are now a free woman. You will never be a slave again.”37 When Caroline finally regained her thoughts, she said, “This is 37 Caroline, a slave, was purchased and freed by Washington Duke for $601 on October 15, 1855. (Orange County Estate Records, Inventories, Sales and Accounts [1853–1856], p. 390, North Carolina Department of Archives and History.) The North Carolina Census of 1860 shows that there were no slaves in the Washington Duke household at that time notwithstanding that a free woman, Caroline Barnes, was living and working there. Caroline remained as an employee in the Duke household for many years. the happiest day of my life, but I don’t have anywhere to go. I don’t know where I will live.” “You can come and live with us while you decide what you are going to do,” Washington replied. In time it became apparent that Caroline would have no place to live if she left the Duke homestead. Artelia and Washington offered to allow her to live with them and draw a salary in exchange for helping Artelia with household chores. Washington built an extra bedroom on the south side of the house where Caroline lived. Caroline and Artelia became close friends. Artelia taught her to read and write. In a short period of time, she was reading books that Washington would pick up from the traveling library that came to Hillsboro twice per month. 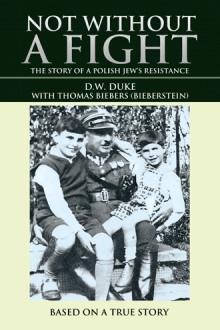 Washington Duke is very young when he first realizes there is racial discrimination in the South. Living outside of Hillsboro, North Carolina, in the mid-1820s, he is one of ten children in a family that shares the wilderness with bears, rattlesnakes, and mountain lions. Washington learns about the world around him from his scholarly father, nurtures a compassion for others, and eventually grows into a man deeply troubled by the institution of slavery. Unaware of what awaits him, Washington is conscripted into the Confederate Army and reluctantly leaves his three-hundred-acre farm in 1864 to fight in the war. When the Civil War is over, Washington is left widowed, with nothing but his farm, two blind mules, a wagon load of tobacco, and his four children. Determined to rise from the rubble, Washington soon begins building the foundation for the Duke financial empire—although not without challenges. As Washington ages, his sons eventually capture his dream to establish Duke University. Even with the family’s successes, though, there is tragedy and heartache; Washington’s granddaughter, Doris, dies under suspicious circumstances in 1993 and her estate becomes embroiled in a legal battle. Based on a true story, this compelling and inspirational tale examines the life of a gentle giant and his descendants who together built a multibillion-dollar empire, numerous charitable foundations, and a renowned academic institution, proving that anyone can overcome adversity to achieve greatness.

D. W. Duke is a California attorney and a Duke family historian and genealogist. He received his Bachelor of Arts from the University of Michigan and his Juris Doctor from Washington University School of Law. He holds a fourth-degree black belt conferred by the World Tae Kwon Do Federation in Seoul Korea. He is the author of five books and dozens of articles, mostly concerning the law.