And The Founding Of The First African Republic 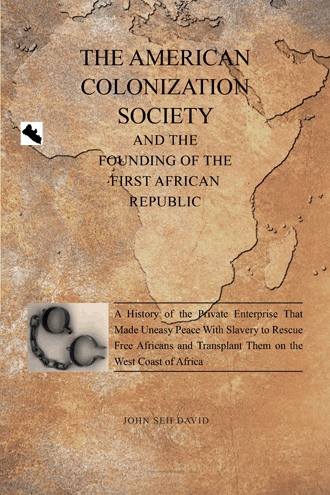 The Africans experience in the New World is like a Swiss cheese. It is held together by fillings that are littered with holes. This has been the case, because most textbooks in the United States narrate the black experience largely from the perspective of the slave trade. There is a virtual silence about Africa’s contributions before descending into slavery. The lack of details and negative depiction of black people have led many to conclude that Africa is inconsequential, when it comes to the development of world civilizations. Whatever technological development had occurred on the continent, according to some accounts, had been influenced by Europeans. However, archeological findings and study of artifacts reveal that the impact of African civilization on the world scene extends much farther than the pyramids of Egypt.

Most historical narratives about Africans in America begin with Jamestown, Virginia, where enslaved Angolans were sold in 1619. However, this book commences with blacks as explorers in the Americas before Christopher Columbus arrival. The point here is to demonstrate that slavery robbed Africa of its heritage and impoverished the continent.

Once Africans landed in America as slaves, state laws denied them civil rights and humane treatment. The hopelessness, brutalization, and alienation of blacks aroused the conscientiousness of humanitarian groups to seek the repatriation of freed men to their ancestry homeland in Africa, away from Anglo Americans. This became a risky rescue mission, which put the ACS in direct opposition with anti-colonizationists. This book highlights the complicity of the precarious endeavor and the founding of the first African Republic on the continent.

Author John S. David holds a PhD in higher education from the University of North Texas. He is currently on staff at Tarrant County College, Fort Worth, Texas. He is also a lecturer of Diversity Leadership in Higher Education at Central Washington University via Distance Learning Program.