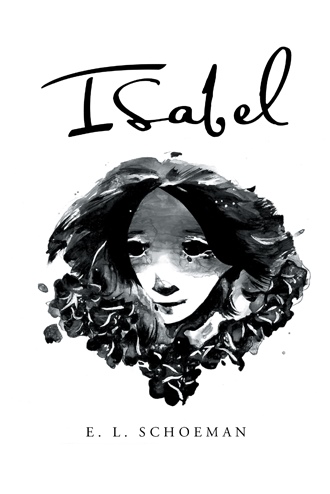 Prologue (In a Not-So-Distant Future) Hands of Fate The prison was a shiver running up the spine of the shadowed background. The shiver running up Isabel’s spine was only a piece of the haunted, crawling darkness before her. The prison, this disturbed place of long-lost hope, was the place she’d been looking for. “I need to speak to a prisoner.” Her words were clear patches of ice on the frozen night air, and the prison guard breathed them in with a cold bark of a laugh. He was older than she was, a great mass of a man as he walked toward her, the keys to the prison dangling at his side. “You do, do you?” “Yes.” Isabel cleared her throat, trying without success not to choke on her words. There were too many questions, too many unanswered questions that she desperately needed the answers to. She couldn’t let fear stop her now. “I need to speak to a prisoner. I can pay you.” The guard smirked, and Isabel could only imagine what thoughts were swelling in his mind. She clamped her jaw, realizing how silly she must look: a girl in the night trying to get into the prison when so many others wanted to get out. How had she ended up here? How had any of this happen? Only a moment ago, it seemed she was lying in a stable, wrapped in her lover’s arms. Only a moment ago, it seemed she was waking up in a den of thieves, or dancing a faraway dance under the moonlit sky. And, yet, all those things felt centuries away from where she stood now. What was it that Charlie had said to her once? What was it that she had said to him? “I just want to be left alone: away from their constant yammering about propriety, free to run free within my own piece of heaven. Like you. I want to be like you, Charlie.” “It doesn’t matter. You’re like us either way. Elegant or stabled, trapped in the order of things, we all are. Rich when they say we’re rich. Poor when they say we’re poor. Life, love, death: it’s not some hand of fate. It’s whoever has the upper hand and it’s never you. So we’ll live as they say we’ll live. We’ll love who they say we’ll love. We’ll die when they say die.” “That won’t be me, Charlie.” “Isabel. You will run when they say you’ll run. And you will lose when they say you lose.” “What if I stand and fight?” “It can’t be done.” Isabel had thought about Mathew then too, just like she was thinking about him now. The very thought of his name was a field of green with trees swaying gracefully in a gentle morning wind beneath a cloudless sky. Isabel could almost feel the wind of galloping horses on her face thinking of him now, instead of the threat before her here: a dark prison in a dead-looking town. They had fought for each other, fought for each other hard, like they were still fighting... Was that why this was happening? Had their love done this? Had it been made to destroy rather than made to thrive? Was this some cruel hand of fate or just someone with the upper hand? Either way, how had it started? Isabel closed her eyes tight, thinking of Mathew, and their past events. Had it really started with a kiss?

Isabel Hawkins completely understands why a boy would not want her. She sleeps in the hayloft, rides horses, enjoys sword-fighting, and speaks her mind. Isabel is supposed to wed a nobleman, but instead she has fallen in love with Mathew, a stable boy with a wicked past. To others, Mathew is a nobody who wants to become a knight.

William Wentworth, master of the estate, is convinced by his malicious jousting partner, Sir John Scotch, that Isabel must immediately change her ways and begin acting like who she truly is: the adopted daughter of a nobleman. All Isabel wants to do is spend her life with Mathew. But when Sir John sends a spy to watch her every move, Isabel is forced into a world where everyone knows the secrets of her past, except her. As tragedy slowly unfolds, Isabel soon discovers no one can save her from her evil foes—not her family, a ghost, or any of the men who secretly love her.

In this medieval adventure, a woman willing to risk everything for true love is embroiled in a vicious battle between good and evil where her destiny is finally revealed.

E. L. Schoeman has been writing since she was seventeen. She currently lives in Ontario, Canada. This is her debut novel.