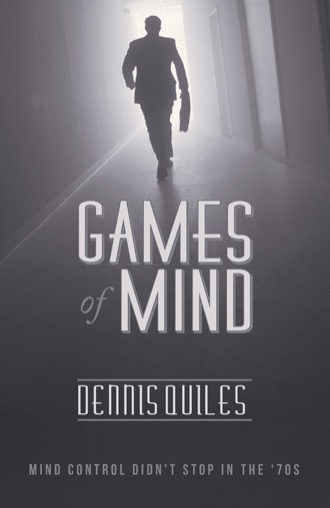 Games of Mind is about bringing to light how corporations can take advantage of programs that are no longer funded by the government. Programs that in the hands of unscrupulous organizations could yield billions of dollars in profits in spite the pain and suffering of American citizens. L. R. Corp, backed by Verum an evil organization is tasked to perfect both mind control and Stem Cell Technology to be the first on line to exploit this new frontier when the government of the United States authorized its use. Through mind reprograming this organization is violently stealing the ova of victims and in many occasions making them surrogates for stem cell research. Although their progress has not been sanctioned by the Government, Mind control has open the way to mass production, and market domination. Jack Steele has to stop their evil plans before this organization kills their only obstacle left, the Vice President of the United States. Steele uncovers this vast conspiracy that he has to stop before the corporation is granted lawful rights to dominate the Stem Cell market and continues killing innocent victims in the best interest of corporate profits. Alone and unmanned Jack Steel has to travel to Nome Alaska where he faces the fact that his uncle has been reprogramed, half of the town’s leadership are compromised and is there L. R. Corp is holding a secret conspiracy to sell stem cell not only to the rich and powerful but they have develop a complete insurance scam to slave the rest of the population with the idea of stem cell availability to cure cancer and other illness. What the general population don’t know if the all stem cell transplants are well conditioned to make the recipient a drug addict for life and L. R. Corp is ready to mitigate the craving with a very expensive pill they can sell for life. Those who oppose to the tarnished desires of L. R. Corp are mentally altered and reprogramed to serve not only the corporation desires but used as surrogates to neonates reproduction to boost the stem cell production. Jack Steel uncovered this conspiracy and with the help of a waitress and an old crazy holy man he is determined to put a stop to this scheme even is this cost him his life. 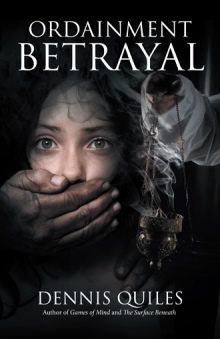 When former naval intelligence officer Jack Steele opens a letter from his aunt, he makes an immediate decision to head to Nome, Alaska. Although he hasn’t seen Marie in twenty years, he’s concerned when she tells him her husband, Uncle Jimmy, is in trouble. From the moment Jack picks up that envelope, he knows he’s about to enter a situation better left alone. But loyalty to family is stronger than a gut feeling.

Jack, a private investigator with Connor, Steele & Harrison Private Investigation Agency lands in Nome and discovers that Lindberg Research Corporation has been using the people of that city as guinea pigs to perfect mind-control research. He has stumbled onto a massive conspiracy that has held hostage the noble people of Nome. The plot threatens America’s way of life, the life of the vice president of the United States, and Jack’s own survival.

Alone and without his usual resources and special equipment, Jack is overmatched and is nearly killed before he can even scratch the surface of what’s really taking place in Nome. Jack must elude an ex-Special Forces Green Beret—a man who has sworn over his dead son to kill Jack—and work around local law enforcement and other mysterious forces in order to save the people of Nome and the vice president of the United States.

Dennis Quiles earned a bachelor’s degree in criminal justice and a master’s degree in business administration. A US military veteran and an accomplished professional of the protection business, he is the director of global security services for one of the world’s largest multinational corporations. Quiles and his wife have three children and currently live in Illinois.