Pharaohs of the Sky 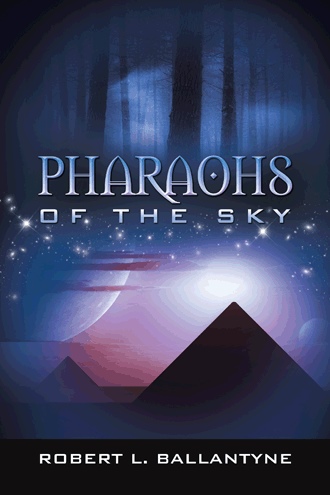 He gazed reverently into his binoculars one last time. The swiftly retreating sun cast an ominous glare on the triangular structures before him. In his mind, he envisioned a time when they were new, untouched, unspoiled, when the sand was new, when time itself was new. Long before the deceptive hand of the historian, who, since he could not bury them, chose instead to bury the truth and the knowledge they espoused. Here had been the true Trees of Knowledge. And what knowledge they had offered. Tantalising, it was.

A voice was calling to him; he elected to linger a second longer. A Tourism and Antiquities officer, also his personal driver, speaking in the familiar Cairene Arabic that so dominated the region. Cairene. The exotic quality of the word. The way it forms itself in the mouth. It epitomised the region’s exoticism. Other words of this land, these people, had the same effect. Akhenaten, spoken quickly and accompanied by copious sums of phlegm. Ana bahebak: I love you. And he did love it, all of it, this most misunderstood place on Earth.

Still transfixed on the pyramids, he was fascinated as always by the proliferation of advancing shadows sweeping across them at this time of the day. Hurried shadows. But they were only fooling themselves. Soon the floodlights would be engaged, and these colossal structures would be forever visible; darkness never truly showed itself here. The pyramids were the essence of forever. Like the Nile, like sand. Like time, like memories.

“We should go now, Professor,” the officer said to him. A young man with a hawk-like nose, shadow-black eyes, an abundant black moustache, profuse black hair, clad in the traditional white collared shirt and trousers, black boots, and black beret of the Egyptian Tourism and Antiquities Police. A holstered pistol at his hip. “You wanted me to remind you of the time. You wanted to be back at the hotel before evening.”

His desire was to stay, tonight and heretofore after, right here in the desert, curled under the majesty of the pyramids, so that the sun and the sand might preserve his body as it had those who came before, before there was anything like necessity and loneliness, when there was only a land called Khemit, whose delicious secrets were inhaled by an ancient people. Secrets that were nowadays belched out in the form of nonbelief. That was what surrounded him. Most everyone was a non-believer.

Here, in the Plateau, what else might be taught? He longed to remain and discover for himself, to become a Keeper of truths and traditions and realities. As one yearns for happiness or fortitude or love, he yearned for this.

His upper body rotated in the sand, his feet still firmly planted and facing the pyramids. He nodded. Quite right. They should go.

Imagine that everything you know is wrong. In Cairo, after uncovering evidence he believes will alter humanity’s perception of its own history, an eminent university professor is viciously murdered. In another part of the Egyptian capital, a determined police inspector will stop at nothing to find the murderer. In Toronto, one of the world’s leading ancient-astronaut proponents receives a startling message to decode a mysterious set of coordinates. In another part of Ontario, a young, self-employed wrought iron designer is convinced he is somehow involved. And in the sky, someone is watching… Thus begins Robert L. Ballantyne’s debut novel. From the streets of Toronto to a secretive Washington book shop, from the heart of Cairo to the peaks of the great pyramids, Pharaohs of the Sky lures you into a world where nothing is as it seems, and where clandestine operatives conspire to hide the truth. In this international mystery, fact remains elusive by design and fate alike, yet all revolves around the answer to one question: Are we really alone? It’s time to question everything we think we know.

Rob Ballantyne lives with his family in Innisfil, Ontario. Pharaohs of the Sky is his first novel.