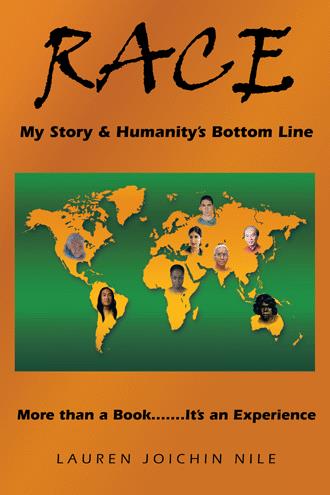 In that society, based upon having received a superior education in those schools, only blonde, blue-eyed men and women would have access to the society's best and highest paying jobs. Based upon the salaries they are paid in those jobs, only they would live in the "best" communities. And because they live in those communities, (where the real estate tax base which funds public schools is highest), only they, blonde, blue-eyed white people, would have quality public schools for their children. Also, those who wanted to, could afford to send their kids to private schools. That quality education would, in turn, allow their children to get the best jobs, and as a result, live in the best neighborhoods, continuing the cycle of total social and economic advantage to the society's blonde, blue-eyed people.

Perhaps the society, recognizing that dark haired and dark eyed people’s current high school drop-out rates, poverty and other enormous social challenges is the direct result of over two-hundred years of slavery, followed by an additional ninety-nine years of discrimination, harassment and violence aimed at them, would put in place programs to help the dark haired/eyed people to catch up to blonde blue-eyed people in education, employment and housing. They might enact Affirmative Action programs and brown/black haired, brown-eyed set asides for them.

In this society, the dark-haired, dark-eyed Caucasian people would adamantly declare, "But this isn't fair…" Blonde, blue-eyed people are not better than us! They think they are because that's what they've been taught all their lives. It's what they want to believe and for the last two hundred fifty years, the whole society has been set up to their total advantage. That’s why their schools and neighborhoods are better. It’s not that they’re superior to us!” Undoubtedly, the blonde, blue-eyed people would say that the dark haired, dark eyed people should stop whining about the past and just pull themselves up by their bootstraps the way they all did. They’d say that the dark haired/eyed people should just stop whining and playing the hair-eye card. They would resent the programs designed to help the dark haired/eyed people and deeply feel that such programs are “reverse discrimination”. Despite the undeniable history of discrimination against, harassment of and violence toward dark haired, dark-eyed people, the vast majority of the blonde, blue-eyed people would, at least unconsciously, continue to hold the same view, that they are superior to dark haired, dark-eyed people and that dark hair, dark eyed people are simply not intelligent, lazy, crime inclined, and all around inferior to them.

We could believe that people who have dark skin, dark hair and dark eyes are more intelligent than people who have light skin, light hair and light eyes. After all, dark skin, hair and eyes are genetically dominant to light skin hair and eyes and genetic dominance is clearly superior to genetic recessiveness, right? What could be more obvious than that? Who but a fool would doubt that genetic dominance is superior to genetic recessiveness? “It’s just common sense”, we’d say. We could very easily believe that.

Or…….we could believe that people of color are inferior to Caucasian people, that their physical characteristics, their skin color, facial features and hair texture, are intricately tied to intelligence. On the basis of that belief, we could have a multi-century history of the enslavement of, discrimination against and violence toward people of color. We could……Obviously, that is our actual history. Despite the fact that the belief upon which that history is based is just as much a scientific fiction as is the belief that blonde blue-eyed people are genetically superior to dark haired and dark eyed people, we have for the past six hundred years, constructed our societies, the world over, on it. We are indeed living the present day effects of a past which was literally built upon it.

Through the wonders of technology, however, we are now aware of the fundamental fact that Africans are the parents of humanity and thus that as a species, we were born black. Further, we are aware that we all descend not from the same few African villages, not even from several people of one African village...

Lauren explains how starting out from Southern Africa, fully formed human beings, over thousands of years, walked out of Africa, populated the entire rest of Planet Earth, and over 2,000 generations, physically adapted to their new environments, gradually taking on the appearance of the many races of modern-day humanity, making all of us literally one, biologically-related human family.

She then provides an abbreviated account of some of the most significant events of humanity’s racial history and an explanation of how that history has affected the American racial present. She also analyzes a number of controversial topics, including whether there are truly superior and inferior races.

Finally, Lauren shares what she believes are the specific actions that humanity must take in order to heal from our wretched racial past, realize that across the planet, we all truly can love one another and as a species, walk into a wiser, more empathetic, compassionate human future.

Lauren Joichin Nile is an author, keynote speaker, trainer and licensed attorney who specializes in assisting organizations in increasing their emotional intelligence, compassion, and productivity. The goal of her work with organizations is to help create environments in which understanding and kindness are valued and as a result, every person is equally welcomed and uniformly appreciated irrespective of all demographic differences. The goal of Lauren’s speaking and training in the greater society, is to help the human species grow in both wisdom and compassion.

Lauren Joichin Nile is an author, keynote speaker, trainer and licensed attorney who specializes in assisting organizations in increasing their emotional intelligence, compassion, and productivity. The goal of her work with organizations is to help create environments in which understanding and kindness are valued and as a result, every person is equally welcomed and uniformly appreciated irrespective of all demographic differences. The goal of Lauren’s speaking and training in the greater society, is to help the human species grow in both wisdom and compassion.