A Stranger Came to Town

Tales of an Arizona Ranger 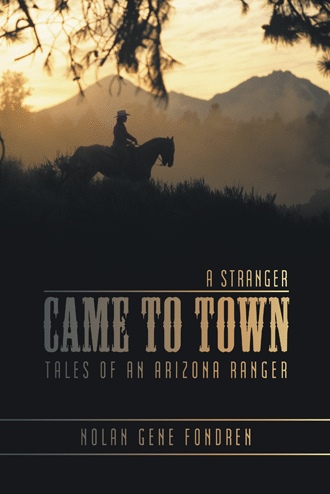 We had just passed out of sight of the village when the banditos showed up just as it usually happened. This time it was different. The townsfolk were not alone and I was carrying a double-barreled eight gauge shotgun, a Winchester rifle in its boot and my Bass 44 on my hip.

"They rode up all bunched up like a pack of kids. I leveled my shotgun into the middle of them and said,” What can I do for you boys?”

“Senor, I think you have something that belongs to us.” He said, like he believed it.

"I don't rightly know you, so, I don't think I have anything that belongs to you. What is it you think I have of yours?", I played with him.

“You have my silver, senor.” His comeback was a bit irritated.

“Now, mister, the people of this village just dug up the silver from their mine this month and melted it down into ingots. I was there so I know it's their silver, not yours. So I think you better leave.” I had not finished talking when his hand grabbed for his gun. I pulled both triggers of that double-barreled shotgun. My shotgun was an eight gauge. Now there was only one problem with the eight gauge shotgun, the barrel is too long making the gun heavy to hold. So, I sort of fixed mine so it wasn’t quite so heavy. Knowing I would be using it for close in work, I just lopped off sixteen inches of the barrel and six inches of the stock. The change produced a right nice pattern. That shot started spreading the day before I fired the gun. That one double-barreled shot sprayed all five of them in the chest and head. The blast scared their horses so that they started rearing and bucking.

"Those banditos were clumped up so nice and neat that I plumb knocked four of them out of the saddle and the fifth one went tumbling over the rump of his maverick.

Patrick William Graham Jr. was destined to be small of stature, but that didn’t mean he was short on courage. He grew up with a Cherokee tribe and became blood brother to the chief’s son, Leaping Wolf. One of Pat’s first toys was a hand-carved wooden pistol; when his draw was faster than his father’s, he was given a working gun.

When tragedy strikes, leaving Pat’s father dead and his mother remarried to a man Pat despises, he leaves his tribal home. Out in the world, his small frame makes him an easy target for bullies, predators, and petty men with something to prove. After he kills a man who was riding him for being small, Pat’s life changes in ways he can’t control. He sells his skills as a gunman. In Mexico, he protects a silver mine from banditos and then helps them to improve their operation.

One fateful day, however, on a job rustling cattle, he finds God and a better way to live.

Pat is soon welcomed as the youngest Arizona Territorial Ranger, and he puts his skills and talents to the Lord’s work. He prevents war with the Indians seven times. But his life isn’t all heroics and escapades. Along the way, he also finds a bride, buys a ranch, and works with a family named Earp.

Inspired by the stories told to him by his Texas rancher father, songs, and classic Western tales, A Stranger Came to Town is Nolan Fondren’s love song to a long-lost time and place.

Nolan Gene Fondren’s imagination and fiction are heavily influenced by his father’s vibrant stories of life as a Texas rancher. After thirty-four years as a high school science teacher, Nolan retired to write. He now lives in Keller, Texas, with his wife, Kaleta. They have two children, seven grandchildren, and one great-grandchild.