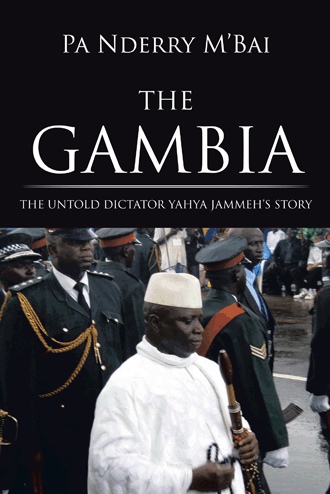 Relaxing comfortably at his Kanilai villa, in the winter of 2004, Gambia’s iron fist dictator President Yahya Jammeh ordered for the slaying of Mr. Deyda Hydara, the Founding Editor, and Co Proprietor of the Point Newspaper. Mr. Hydara’s murder devastated the entire world. It provoked both local and international outcry—with the international community denouncing the highhandedness of dictator Jammeh’s regime. The main motive behind the murder of Hydara, according to administration sources: Mr. Jammeh said the Point Editor deserve to die because his newspaper commentaries were “completely distasteful and totally out of place,” in a country, in which he Jammeh claims to be in total control.

Dissent, in whatever form, it is considered as a crime under Jammeh’s rule. And the late Deyda Hydara has paid very dearly for merely exercising his dissenting views against a dictatorship, which is notorious for its total disregard for human rights, rule of law, and the freedom of the press.

The dictator has so far killed three journalists since coming to power: Deyda Hydara, Pa Omar Barrow, a former Red Cross Volunteer, also a former Editor of the Banjul based Sud FM Radio, and Ebrima Chief Manneh. Press Houses critical of his Government are often shutdown, fire bombarded, and in some occasions detained journalists are exposed to brutal torture.

It took Mr. Jammeh months to strategize, and coordinate the murder of Hydara. He first summons his Interior Minister Ousman Sonko, alongside with the late Captain Tumbul Tamba, the former head of Jammeh’s secret assassin team in Banjul to discuss the murder plot that he (Jammeh) has hatched against the Gambian journalist. Mr. Sonko was bit reluctant to execute the mission—given the local, and international outcry Hydara’s murder could have attracted if the assassin team should have carried out the President’s assignment as instructed. But dictator Jammeh, as usual, insists that the murder of Hydara must be executed by any means necessary. He even went to the point of threatening Ousman Sonko with possible arrest and imprisonment if the murder mission of Hydara was not accomplished.

Mr. Sonko, a former police chief, and also a retired army officer, mobilizes the assassin team under his direct command to brief them about what needed to be done to execute Mr. Jammeh’s orders. He relayed Jammeh’s message exactly: word for word to the assassin team as he was instructed by his boss, Yahya Jammeh, the commander-in-chief of Gambia’s Armed Forces. Mr. Jammeh wants Mr. Deyda Hydara dead. No questions were asked as to what might have necessitated the President’s order. The men headed by Sonko, merely went ahead to execute the mission to take Hydara’s life under the cover of darkness.

Deyda’s murder plot was considered in some quarters within the administration, as one of the toughest assignments ever given to Ousman Sonko by Jammeh. Mr. Sonko couldn’t afford to fail his boss. Failure means, the end of Sonko’s career! That was one the reasons why Sonko was determined to exceed Jammeh’s expectations.

Mr. Sonko, who was a former Army Signal officer, before being enlisted into Jammeh’s secret murder syndicate, is a career hit man. He has not only been coordinating Jammeh’s secret murder machine in the Gambia, but he has also ensured that Gambian folks and non Gambians alike on the dictator’s hit list are executed. He often drives around town with vehicles without registration number in an attempt to hide traces of his organized criminal activities.

A former army officer, who worked with Mr. Sonko at the State House, said that Mr. Sonko’s involvement into the secret assassination of Gambians is a public knowledge. “I happen to swing by Sonko’s office one fine morning and found seven mask helmets sitting next to his desk. The masks I saw on the day in question are usually used by armed robbers, or serial killers. There were also videotapes of soldiers training found in Sonko’s office. He has been executing secret killings for the President. Sonko and his team killed the late Lieutenant Almamo Manneh,” the Army officer said. “President Jammeh is a reactionary leader. He has been using the likes of Sonko to kill our people for nothing. He has been very involved in the arrest, torture, and disappearances of perceived political opponents in the country. Almost all the arrest, tortures, and secret executions carried out in this country are sanctioned by Jammeh. He personally instructed me to kill a prominent Gambian, politician, but I advised him to resolve the matter amicably,” the former army officer claimed.

Earning his fame, following his delusional fake claim of having cure for aids, asthma, diabetes, infertility, and other ailments—amid strong condemnation from anti HIV/AIDS activists around the world, the Gambian despot uses his ill gotten wealth to entice his assassin team. He ensured that they are well fed, paid, and properly taken care of.

Jammeh is a manipulative leader. He entices his secret murder machine with all kinds of inducement. The majority of Jammeh’s assassin team are alcoholic, drug addicts, or mentally impaired soldiers. He is exploiting on their vulnerabilities to perpetrate crimes against humanity. They execute all kind of missions assigned to them by the dictator. These are young vulnerable soldiers under the manipulation of a despot. Mr. Jammeh made them to believe that it’s legal to kill folks perceived as opponents, or enemies of his regime.

On the eve of Hydara’s murder, Mr. Sonko was allocated with enough cash, mobility, and arms by dictator Jammeh to execute the mission. He ensured that Mr. Hydara was placed under constant surveillance days prior to his killing. Deyda was a dead man walking. He was being closely watched from his home, office, and elsewhere across the country.

Mr. Sonko was the main man coordinating the surveillance team. He followed Mr. Hydara as soon as Hydara left the premises of the Point Newspaper on the night of his murder, while the assassin team was riding in two different Benz taxis. Sonko kept them abreast over the phone about Mr. Hydara’s driving directions.

Once Mr. Hydara drove past Jimpex, and was about to reach the Police Intervention Unit Barracks junction, Colonel Kawsu Camara, now a death row inmate, who was riding with Captain Tumbul Tamba and others, hurriedly blocked Hydara’s car with his Benz. At this time, WO2 Bai Lowe was trailing Hydara with another Benz Taxi, while riding with Malick Jatta, Sanna Manjang, and co. Sanna Manjang then open fire on Hydara at a close range. Malick Jatta fired the shots that killed Hydara. About six soldiers participated in the murder of Hydara.

Incidentally, Mr. Sonko’s second wife was an employee of the Point Newspaper. She was a reporter. She later secured a job with the state controlled television GRTS after the murder of Hydara. She left the paper months after Hydara was murdered. Mr. Sonko’s wife was very familiar with the Point’s internal editorial operations.

As an Interior Minister, Mr. Sonko is responsible for the country’s internal and external security. His primary duty is to ensure that there is peace, stability, and tranquility in the Gambia. Yet, the Interior Minister is the coordinator of dictator Jammeh’s secret assassin team. That tells a lot about the type of Government running the state of affairs in Banjul. It’s a criminal Government headed by an irrational leader—known for his erratic tendencies. Mr. Jammeh is mentally impaired. He behaves weirdly and irrationally.

This book is a masterpiece. It is a non-fictional book. It contains firsthand account information of some of the alleged murders, tortures, and disappearances that had taken place under the administration of Gambia’s iron fist dictator President Yahya Jammeh. The author had interviewed a wide range of sources—some of whom are still serving in Mr. Jammeh’s administration, while some of the sources have parted company with the Gambian dictator. You will be missing out a great wealth of information by not buying a copy of Mr. M’Bai’s book titled: “The Untold Dictator Yahya Jammeh’s Story.”

This book contains fascinating and horrific stories that one could ever imagined that it is taking place in an impoverished country—which received less international press coverage—largely due to its size. The Gambia is less than the size of Delaware. It has been transformed as a murder land under dictator Jammeh’s watch.

Grab a copy of Mr. M’Bai’s book and learn firsthand information about what it means to live under a dictatorship in Africa. This is one of the most informative books ever written so far about the Gambia, and its delusional leader Yahya Jammeh, who claims to have discovered the cure for HIV/AIDS, asthma, diabetes, high blood pressure, Infertility, among other diseases. You will be amazed by the amount useful information contained in this book.

Mr. M’Bai’s book also featured American history, and the role Washington could play in helping to bailout countries under going dictatorship in the African region. The author talked about the growing presence of Hezbollah financiers in Africa, and its threat to the United States’ national security. The author also stressed about the need for countries to help the United States government in implementing and enforcing the United States Treasury Department sanctions directed at terrorist groups and their financiers. This, Mr. M’Bai says, is crucially imperative on the global war on terror.

Pa Nderry M’Bai is a naturalized Gambian American Investigative journalist based in Raleigh North Carolina. Mr. M’Bai is also the Founding Managing Editor, and Publisher of the US based online Freedom Newspaper INC. The Freedom Newspaper is Gambia’s leading, and most authoritative online newspaper—which covers a wide range of issues—most importantly matters relating to Gambian politics, human rights, Governance, official graft, crimes, health, and other human interesting stories. The paper is widely sourced, and quoted by reputable institutions interested in Gambian affairs—thanks to the paper’s trademark for its uncompromising editorial policy, and honest reporting without any form of biased, or prejudice. It is widely regarded as Gambia’s main source of uncensored news, balanced, and authoritative news medium.