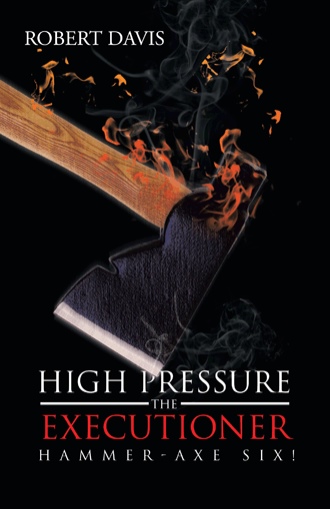 Then, with most everyone watching, La made a subtle, but obvious movement with the hand that was holding Danaaa’s ponytail. She raised it up in the air, presenting the ponytail to everyone. La stared at the Anduku who was charging himself to attack Bo, again. La said “Back yourself up and stop this nonsense, or I let my Executioner deal with you. She’s High Pressure. What she can do, you don’t even know!” Danaaa put her hand in a quick draw position, next to her Axes and yelled “I Chop I. . !” La yelled “Alright, Baby, he got the message!” The Anduku looked at Danaaa and was sure the Ra were toying with him. Bo, knowing Danaaa, moved back even further. Dan quickly gestured to the Anduku, warning him “Hey, you beat me fair and square. You win. Besides, she’s right. So, it‘s best if we negotiate.” The Anduku wasn’t in the mood to negotiate with Dan, or the young girls. He wanted another chance at Bo. This time, he was sure things would be different. The Anduku said “I don’t have time to play with children! Besides, I’m not done with him, yet! ” as he pointed his ax at Bo. La’s smile had a crooked smirked, just before she said to the Anduku “You’re done, you just don’t know it, yet.” then La let Danaaa’s ponytail fall from her hand. The second La let go of Danaaa’s ponytail, Danaaa quickly marched straight for the Anduku. The Anduku turned towards Danaaa. He didn’t take her seriously, until he saw 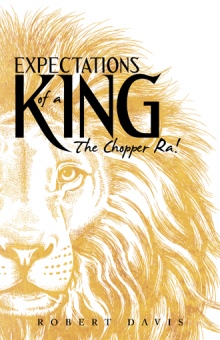 Expectations of a King
Robert Davis
$20.95

In central Africa, all seems well in the House of Ra, until a top Warlord finds his three daughters beheaded. Queen Ramala and three of her children have barely escaped a kidnapping by Warlords who believe the cunning Queen is the murderer. The Queen’s cousin, Tara, has not been so lucky. Kidnapped by Warlords, her life now hangs in the balance. But all is not lost as the Queen’s six children and their cousin prepare to spring into action. La, Dan, Shaya, Don, Ram, Danaaa, and Yin have just transformed into the Hammer-Axe Six.

Danaaa, a child prodigy and the youngest of the six children, takes her inherited fighting skills to outstanding levels. Danaaa is not exactly street-smart, but she is an expert at protocol. Because of her uncanny ability to swing an ax with lightning-fast accuracy, Danaaa becomes known as High Pressure Executioner—and it is not long before her siblings take advantage of her skills in order to gain power.

In this fantasy novel, as the Hammer-Axe Six begin their quest to find Tara and seek retribution for the murders, Danaaa embarks on a dangerous path that leads to the realization that sometimes even her trusty ax cannot save her from evil.

Robert Davis loves to create unique and interesting family stories. He is the author of The Butcher, The House of Ra, The Hammer-Axe Six, and The Number One Princess. Robert currently lives in Cleveland, Ohio, where he enjoys local and state parks.