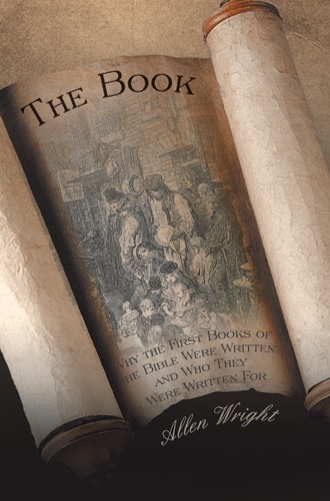 This book is about the Bible. Since the Bible and religion are often seemingly inseparable, one may readily jump to the conclusion The Book is about religion. It is not. It is about the Bible and its purpose for having been written. It is also about history and the fascinating long ago civilizations of the ancient near east. More important, it’s about seeing the Bible through a different lens, a view that will allow you to see something very interesting about the Bible that you may have never seen before and well worth considering. What you learn by reading this book may disturb you, or it may not. It may challenge your beliefs or it may not. What it will do is educate and enlighten you.
If there has ever been one ubiquitous, omnipresent book that began tracking our Western Civilization long before the fall of Rome to the present day more than any other, it is the Bible. The Bible, in one form or another, is the written constitution of the most venerable Western institutions in history, the Synagogue and the Church. More so, the Bible has been revered as a personal constitution among the countless faithful throughout the ages to this day. The Bible has been printed in nearly every language spoken throughout the world. Many have become heirlooms passed down in unbroken chains from one generation to the next. In short, Bibles are found all over the world and in nearly every home in the West. Just about every man, woman and child knows what the Bible is and something about what it’s about.
Surprisingly, there are just a very few exceedingly rare scraps of biblical writings found on parchment in their original ancient Hebrew script. Only a few samples survived, most found among the so-called ‘Dead Sea Scrolls’ at Khirbet Qumran off the northwest shore of the Dead Sea, and an even older sample near ancient Judea. These scraps of writing are beyond “priceless.” For many, they are the most sacred items found on our planet. For biblical scholars they’re something akin. Had it not been for a fortuitous Hebrew translation into Greek, the Bible as we know it may never have come to be known.

This study, by author Allen Wright, offers an entertaining, informative, and fresh interpretation of the Bible’s first books, Genesis through Kings II.

Part One compares two of the Bible’s most familiar tales—Noah and the flood and David versus Goliath—with a much earlier ancient Mesopotamian text originally written in cuneiform long before the biblical writers sat down to their work.

Part Two analyzes each book of Genesis through Kings II coupled with the historical backdrop of the times. Learning how the biblical writers set about their business can help you stir up healthy and entertaining discussions among believers and nonbelievers alike; learn about ancient times and the conditions under which the first books of the Bible were written; And discover the true intention of the Bible, as well as its original intended audience.

The Book recounts how the early writers of the Bible went about saving their own civilization against overwhelming odds. See the Bible through a new lens, and return to modern life with a more enlightened understanding of the Bible’s first books with The Book: Why the First Books of the Bible Were Written and Who They Were Written For.

Allen Wright lives with his wife in his beautiful home state of Michigan, following a thirty-five-year professional career in Dallas, Texas. He graduated from the University of California–Santa Barbara in 1975 with a BA in history and earned a master’s in public administratio (MPA) at Southern Methodist University, Dallas, Texas, in 1978. His career path involved city management and private-sector landfill management followed by owning and operating a successful business in Dallas that he later sold. He then became a teacher of history, general science, and chemistry. Mr. Wright’s work appeared in the respected academic journal The Journal for Biblical Literature (JBL) in the summer of 2009. He retired in June 2010 at the age of 57. Along with research and writing, Allen Wright enjoys reading, hiking, and swimming. Wright is also engaged in politics; he recently won a contested seat to serve on his city’s school board and has been appointed to serve on important city commissions. He is known to play a good game of racquetball, a hobby that began while attending UCSB, and in high school was named an all-conference football player who also excelled at baseball. Despite his mother’s best efforts, Wright was never into church. His spiritual search engines are propelled by the sciences.