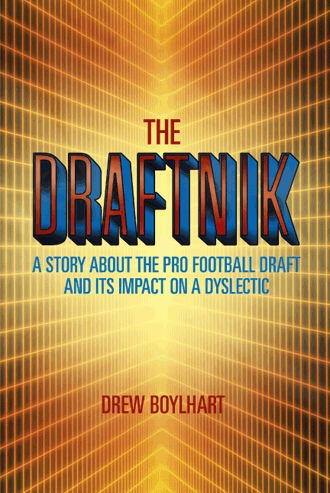 The Shock was just too much. I could not believe what I just witnessed on TV. In the first round of the 2009 NFL draft the Buffalo Bills had just drafted Aaron Maybin DE/LB Penn St and I thought my head was going to fly off my body. This uncontrollable emotion was quickly followed with the throwing of my Froot Loops (milk and all) at the TV in a burst of anger. This selection in my opinion was a mistake of such magnitude that I just knew water boarding the person responsible (using the milk in my cereal bowl) would be acceptable! For the reported forty million Pro Football draft fans who watch the draft on TV every year, the draft is not a hobby, a joke, or just a passing interest. The Pro Football Draft is a passion that allows us to escape from our real life worries and problems. Once a year the fans of Pro Football are drawn into the life of a General Manager in a fantasy like status. For me, it’s a little more personal. The draft has affected my life more than most Draftniks I suspect. It helped me as a stress reliever, helped me to indentify my educational handicap (Dyslexia) and motivated me to overcome those handicaps cumulating into the writing this book. The draft also has given my sons and me something in common and a bond that no amount of time will be able to break.

It has been reported that 40 million sports fans watch or listen to the NFL Draft for three days every year. For me personally, it’s a year round endeavor. Since 1979, my first year of involvement in the draft, it has grown and developed into its own type of cottage industry. The Draft (because of its addicting nature) has brought new revenue to the NFL. The driving force behind this new source of revenue has always been Draftnik’s like the late Joel Buschbaum, Mel Kiper and others like me. We are “Draftnik’s” and the unexpected affect the draft has had on us is an American story in itself. It’s a story of a person creating something out of nothing and making it important (in this case) to the sports world. It's also a story about how interest in the draft was the driving force in my life, which helped me to indentify and deal with being Dyslectic.

Drew Boylhart is a 1st time author. He has been interested in the Pro Football Draft since 1979 and has been writing public profiles since 2004. Drew is a New York State 1970 High School graduate, who did not discover that he is dyslectic until his late fifties and refuse to acknowledge it publically until the writing of this book. Drew believes that being dyslectic is more of an impediment then a disability. He believes, “The disability only comes from the inability to indentify it. Once it is identified it is no different than a left hand person living in a right handed world, you just have to learn to adjust and change the style of learning from the norm”. Pro Football Draft did that for him and much more.