Stories of America’s Past for the Young People of Today 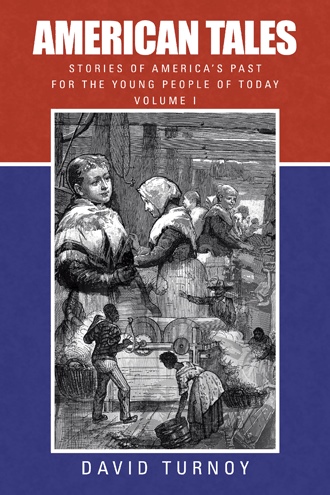 American history can be confusing—and there’s so much of it to learn! What if you had a guide to show you the important points firsthand? A small group of intermediate students is lucky enough to have the chance to travel back in time with their history teacher to see where America started and how it developed. In each new set of experiences, they meet a child their own age who guides them through key events.

The students begin in the time of Columbus and then witness the American Revolution and the founding of the nation. They travel through the tumultuous times of the Civil War and through the turmoil of Reconstruction. They see history on a grand scale but also through the eyes of those experiencing the expansion of American power, sometimes with unfortunate consequences.

In order to understand where we are now, the students come face-to-face with the horrors of racism and the sad story of Native Americans who lost their land. They also learn how a number of myths and legends about the American Revolution are not always exactly accurate but that the real facts may actually be more inspiring. As you travel with these students and learn from the past, you can use the knowledge you gain to help in creating a better future.

EXPERIENCE HISTORY AS NEVER BEFORE!

David Turnoy is a retired elementary school teacher with a longtime interest in history. He graduated from UCLA with a degree in history and received his MAT from Lewis and Clark College. Turnoy has two grown children in the Portland area; he currently lives with his wife on Orcas Island in northwestern Washington.