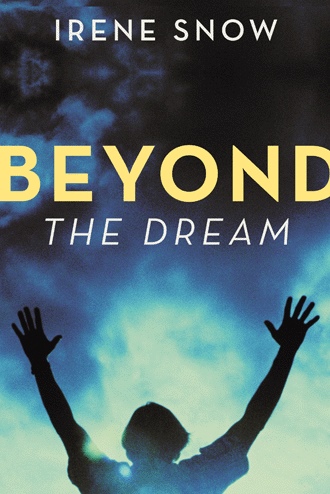 “Monsters are real, and ghosts are real too.
They live inside us, and sometimes, they win.”
—Stephen King

It is a month today since my husband and I have returned from our winter getaway in Florida. Spring has always been my favourite season; yet today, as I see the tender, breathtaking buds of new life all around me, a profound sorrow weighs heavily upon my heart.

My beloved grandson, Gary, has been recently diagnosed with stage three Hodgkin’s lymphoma. He’s only fourteen. He’ll begin chemotherapy tomorrow. Such a long, scary journey ahead of him! Yet he’s being so brave and positive.

I long to be proactive in some way, but it’s just my daughter and husband who will be with him during his treatments. It’s as they wish, and it’s perhaps as well. I know, in the past, I’ve been mentally fragile. I’m still trying to get beyond that; but of late, I have once again become unsure of my strength. And if there’s anything Gary needs right now, it’s for those around him to be strong.

I find myself weeping off and on, the tears flowing of their own accord. My heart constricts painfully in the knowledge that Gary’s diagnosis has brought me full circle. Now, as the camera of my mind pitilessly and obsessively projects reruns of a bad film I once viewed a long time ago, my past cruelly melds into my present.

The familiar stirrings of fear and panic roil within me, and I am becoming deeply afraid that my inner monster–the one that has lain quiescent for years–will rear its ugly head again and toss me back into the murky, black abyss which was once my home.

How well I remember that home. The House of Darkness where light fails to shine. It seems that from the moment of birth, every day of my life was leading me to it. To that very moment when the abyss would encase me and the monster that dwelled therein would claim me as its own.

My mind drifts back over the years, to the beginning . . .

“I’m the queen of the castle,
and you’re the dirty rascals.”
—Childhood rhyme

It’s the first week of April in the year 1941. The world is at war. Mommy is in labour, and I am in the process of being born. My soldier daddy won’t be here to greet me. He was shipped overseas from our home in Cassellman, Canada last autumn. I’ll be living with Mommy and my maternal grandparents until the war is over. It may be a long one. Nobody knows.

Years pass and I’m far from unhappy. Being an only child and sole grandchild to two sets of doting grandparents, and my uncle’s only niece, I’m the apple of everyone’s eye. I’ve grown quite accustomed to being queen of the castle, and am probably more than a little spoiled.

I’ve shared a bedroom with Mommy for as long as I can remember. I’ve also shared her big double bed. Curled up against her warm flesh every night, snug and secure, I have valued this arrangement; yet taken it for granted that her bed is my rightful place.

A cold dose of reality awaits me.

The year 1945 arrives and heralds the end of the Second World War.

“The war is over, honey,” my mother says gently. “Your daddy’s coming home soon, and he’s most eager to meet you. It’s high time you become used to sleeping in your own room now, like the big girl you are. Mommy’s going to make you up a bed on the pull-out couch in the little room and you’ll start sleeping there. You’ll be just down the hall from Mommy, and you’ll be absolutely fine.”

I, for one, don’t think so. I feel abandoned and afraid in that small, gloomy, windowless den which inherited its name little room in view of its size. It reminds me of those horrifying moments when I found myself all alone in a downtown department store just a few short weeks ago. It started with me begging Mommy for an ice cream cone which she absolutely refused to buy me. I pled and cajoled, hoping she’d change her mind. Finally, she told me to shut up, or else.

I vividly recall the scene that follows when, furious and in a last ditch effort to get my own way, I throw myself on the floor and begin shrieking and kicking my feet. The first traces of fear beset me when Mommy fails to respond. I become wary and slyly peek through my lashes, but fail to spot her anywhere. She’s gone! Vanished! Waves of blinding terror flood over me. My mommy has left me. Frantic, I jump to my feet and start screaming hysterically. “Mommy! MOMMY!” I shout her name, over and over. Finally, she re-appears, seemingly out of nowhere. I throw my arms around her and cling to her skirts, sobbing my eyes out.

“If you ever, ever pull a tantrum like that again,” she vows solemnly, “Mommy will leave you and never come back!”

At four years of age, two frightening events had coincided to diminish my security: the first being a taste of potential abandonment by my mother in a department store, followed by being cast out of her bed. In both cases it was as though the rug had been pulled out from under me.

I believe it was around that time that I became overly fearful of being separated from my mother. Future circumstances would not only contribute to increasing this fear, but to rooting it more firmly as well.

Secluded in my new sleeping quarters, I often awaken from nightmares and run to Mommy’s room for comfort. At such times, she always relents and allows me back into her bed, enfolding me in her arms until I fall asleep and all is well in my world.

This privilege is soon to come to an end.

A week or two later my daddy appears in full khaki uniform. He’s a big, boisterous man with a crop of auburn hair and twinkling blue eyes. After hugging and kissing Mommy for what seems like forever, he spies me beside her in the foyer.

“So this is my little girl? I’m delighted to meet you!” he bellows in his rich, sonorous voice. He sweeps me up in his muscular arms and tosses me high above his head, then catches me with ease. Momentarily stunned, I yowl in fear. Nobody has ever played rough with me before. Unlike my gentle uncle and grandfather, even his voice is frightening.

Later, when he invites me to open a huge box of presents, I am far too overwhelmed to remain fearful. I wade through a myriad of interesting items: genuine wooden shoes from Holland, a silver necklace of English coins, dolls from various European countries, and much, much more. I can hardly contain my joy, and I’m feeling very well-disposed towards this strange man who has just entered my life and calls himself my daddy.

Bedtime arrives before long, but I’ve now become somewhat used to being relegated to the little room. I check the closet for monsters before bedding down and, for the very first time, my new daddy joins my mommy to kiss me goodnight.

Sometime later I awaken, frightened from a bad dream. I hasten to Mommy for the usual solace. I’m quite shocked when the small night lamp is switched on and I see Daddy in her bed. He glares at me angrily, and shouts, “Go back to your room this instant!”

As I stand there immobilized, he booms explosively, “Did you not hear me, young lady?”

“Yes and a cheeky brat at that!” Like a flash of lightening, he bolts out of bed and strikes me forcefully across my buttocks. “Now!” he bellows.

Suddenly, my little legs are mobile again and my little heart is broken. Nobody has ever struck me before and I’m devastated. I glare at him, with what he’ll later contend is one of the dirtiest looks he’s ever seen, and stomp off to my room.

Once back in my own bed, I await Mommy’s comforting footsteps.

Until the age of four, Irene Snow lived happily with her mother and gentle, doting grandparents. The return of her father, a rough and tough soldier, at the close of World War II set the stage for rebellion and dissention in her young life. He was a strict disciplinarian, and she resented his authority from the outset. What’s more his arrival introduced her to the baser emotions of jealousy and hatred, which were previously beyond her ken as the reigning princess in Grandma’s   house.

As she grew older, her life became a search to regain the pedestal she lost, no matter what it took. As a young woman, she fell in love with a married German and had his child out of wedlock. Aware of her father’s deep and abiding enmity for “the enemy,” she reveled in his displeasure; he in turn vowed to disown his grandchild. Irene’s seven-year love affair ended with her marriage to a Canadian widower, but her wedding was closely followed by a tragedy that ignited her darker emotions and eventually brought her to a nervous breakdown, psychosis, and utter darkness.

She turned to the field of psychology in the hope it might shed light on her self-defeating behavior. While her studies provided many answers, they did not lead to peace. Finally, she embarked upon a spiritual journey that led her to “A Course in Miracles.” Once she began to reach out with love, her life changed dramatically.

Irene Snow lives in Canada with her husband, Len, and their pet cat. They are currently enjoying their retirement, especially the happy hours spent with their children, grandchildren, and great-grandchildren. Irene, a high school graduate, has spent a significant portion of her life in the pursuit of learning—an ongoing process.