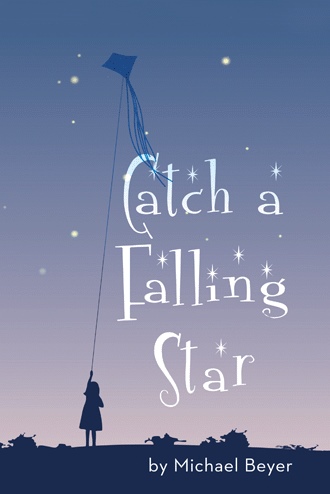 Suddenly, the wind came up. Gusts swirled about the two officers, lifting Baily’s Smokey Bear hat off and playing havoc with Blacking’s clip-on tie.
“Good God! What is that?” cried the sheriff, pointing.
Out of nothingness, the Golden Wing had suddenly become visible. It was vaguely boomerang-shaped, or like a flattened out … well, you know. It was hovering in the air about a hundred feet above the two men. Sunlight danced across its bright golden surface. Arcs of electrical fire crawled out to its wing tips and ignited some sort of otherworldly engine.
Whining like a banshee who had caught a virus, the thing coughed twice and then plunged straight up out of sight.
“I knew it! I knew it was here the whole time!” cried Baily, his voice nearly drowned out in midshout by the roar of wind filling the space where the craft had been.
The portly sheriff was nearly in tears. “We didn’t see anything, Cliff. We didn’t see it!”
“What … what do you mean?”
“If we tell anyone, they’ll think we’re crazy!” …
The tiny pinpoint of light that had been the Golden Wing blinked out in the bright azure sky.

It was after midnight in 1990, and a group of NASA technicians are playing chess in the lounge. They never notice the soft clicking noises as radiation detectors kick in and a strange code begins taking over a computer monitor. As a glowing saucer zips past the Voyager, locks itself into orbit around Neptune, rolls over, and then disappears from view, the technicians loudly argue over the rules of the game—unaware that aliens are headed toward Earth.

Unfortunately, the amphibian-like creatures—who reproduce in alarming numbers—have made a serious mistake. They have chosen a small town in Iowa as the place to launch their invasion, mistakenly thinking they can attack under a cloak of invisibility. But this rural setting is protected by the Pirates, an elite team of adventurers and foilers of evil plots comprised of the most dangerous creatures on planet Earth—young boys. As the alien invaders kidnap one of the pirates and begin to examine him for weaknesses, they have no idea that they have in their possession the girl-hating, chaos-creating nuisance that is the bane of all fourth-grade math teachers in town.

It may be the last mistake they’ll ever make.

Michael Beyer is a high school English as a second language teacher and author of the novel Aeroquest. He and his wife, Narela, have three children and live in Carrollton, Texas.