The Lure of Blood 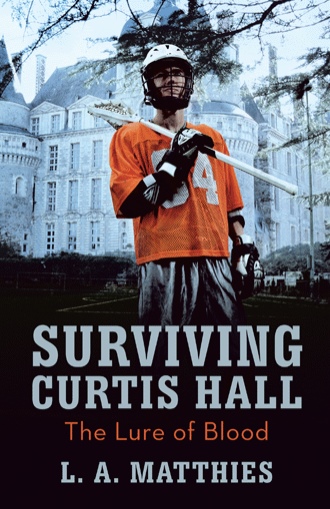 Deep within the subterranean tunnels, two boys were running as if their lives depended on it. Sometimes students in the tunnels would get turned around or confused, and sometimes they heard strange noises. Sometimes their imaginations could get carried away. The brown-haired boy in the lead was pushing his strides to their fullest in an attempt to put a safe distance between himself and whatever was in pursuit. The second boy was struggling to keep up with his friend; he not only ran on shorter legs but was also constantly pushing up his black-rimmed glasses. What they both lacked in athletic ability they more than made up for in intellect and creativity; however, that was of no use at this moment!

“Did you see what I saw, man?” asked Bryce, half gasping.

“I don’t know what I saw, and I don’t really care; get us the hell out of here, Bryce!” exclaimed Keith, red-faced with exertion.

They had been running through the tunnel for at least four wrong turns. Bryce could feel the hairs on the back of his neck standing straight up as he dripped ice-cold sweat. He quickly glanced back to make sure Keith was still behind him. This was not what he’d had in mind when he talked Keith into cutting through the tunnels today. 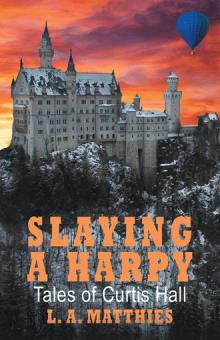 Attempting to avoid the violence and drugs at Hibernia High, sixteen-year-old Tristen McCoy and his friends have transferred on a sports scholarship to the elite Curtis Hall boarding school. Hometown lacrosse heroes, the boys are tested as they attempt to assimilate into a student body where excelling is the norm.

Tristen hones his leadership skills and sense of humor while finding his way in this new environment. He and his friends must rise to the challenge of competing with peers whose skills equal and perhaps surpass their own. Tristen’s attention is soon captured by the beautiful and alluring Marcella Venier. Despite their different origins and upbringings, the two are drawn to each other. Marcella, compelled to live a clandestine life with dark secrets and a covert research mission, struggles with her desire to further her own designs and still remain in Tristen’s world.

Events spiral out of control, and a student is lost in the subterranean tunnels beneath the school’s campus. Tristen and his friends stand accused of foul play, and in an effort to make things right, he enlists Marcella’s help in organizing a search party. During the perilous rescue attempt, danger threatens to not only sever the bonds of friendship of the group, but take their lives as well. They hope they can survive until graduation.

L. A. MATTHIES worked in a career in hairdressing and cosmetology. She and her husband have three children and live in New York. This is her debut book.