Faces Behind the Dust 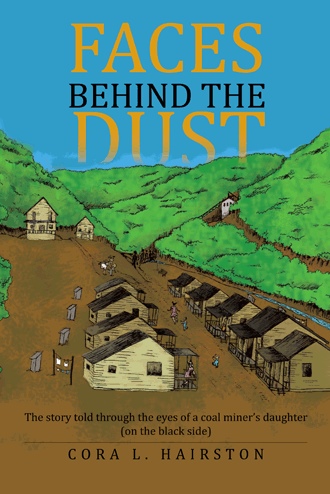 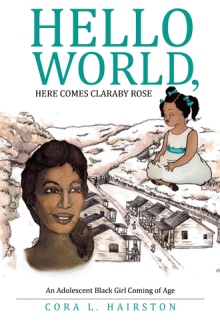 This book begins about a precocious, nosey little girl, who has eavesdropping down to a science. The stories surrounding this coal mining community are about family, neighbors and friends. ClaraBy loves her Daddy. The drama of this book will have you laughing and crying, as she grows into womanhood along this journey.

She is struck with sorrow at the loss of her best friend, and worries about her father and brothers when tragedy struck. Also sees her father growing weary over the years as his health deteriorates. Her sister is a fast “breeder”, who seems to be caught by the “BIG BIRD” every year or so with cute little gremlins. There are racial issues that took place in the early 1950’s and 60’s during the period of integration. ClaraBy begins to grow into a lovely young lady who is trying hard not to let her hormones get the best of her. This book is the beginning of her life and she has a lot of living to do. “HELLO WORLD!!” HER COMES CLARABY ROSE!! (book 2).

CORA HAIRSTON is retired from Logan General Hospital, as the radiology co-coordinator after 30 years of service. She has written numerous poems and 20 or more gospel songs. Her love is singing, playing the piano, going to church, and preaching life lessons to her grandchildren. Leading up to her retirement so that she would have something to occupy her mind outside of home, she was encouraged by her daughter Amanda, to return to school to become a "nail technician," which she did. This led her to be owner/operator of her own salon and eventually a "ladies boutique." Cora and her husband, Fred, are the proud parents of four children, seven grandchildren, (one deceased) and four great-grandchildren. They reside in Omar, West Virginia.