My Life in Saudi Arabia and America 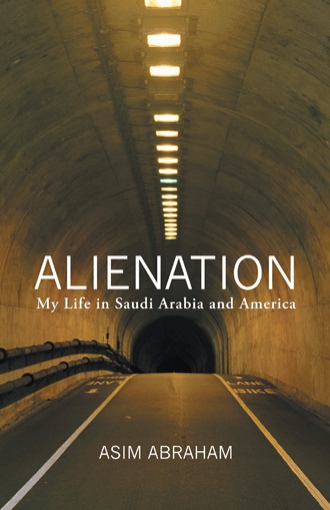 Nothing could be more annoying than living in some place where you could feel and sense that your rights were gone and you couldn’t do anything about it. But sometimes, when you intended to fight for it or do something for all that, you’d realize you might be putting your life on the line and probably jail for the rest of your miserable life. If I stood for all of this, was it possible that things could change to the best? Hopefully, people would understand what I was trying to do or even what I was trying to be in my act. Well, I think not because they wouldn’t change as easily as you think. They’d need so much effort to change how people think or even feel.

We could fight for our rights if we weren’t afraid of anything while we were fighting for a noble reason. I didn’t think that it was a crime. But we never even tried. That was some kind of a challenge for all of them. Fear was always haunting them from the stories they heard every once in a while. They didn’t want to do any kind of changes. That was what the people on top wanted. They wanted you to think about how to put some food on the table and how you could pay your loans or nothing else.

We must do something for the future and not let those ruling people complete their dreams in making us poor and stealing the wealth of this country that we helped in establishing for the last one hundred years. Things would change to the best if we stuck together and tried not to cheat ourselves by thinking we lived the best life and we shouldn’t think about any of that and tried to adapt with our lives, no matter what our situation was. But, if you ask me, that is nonsense. I believe we must live better than the way we are living right now. We have the right to have some of the wealth of this country that we helped in establishing. We deserve some kind of appreciation for what we did, and we deserve that so much. So is that much to ask? For so many years, I thought about this issue. I could see it could be the talk of the hour at this time. And why not? While everything is going to the drain, we must speak now, or we’d never have the opportunity in our life once again. We are talking politics right now, and I know it could be dangerous. But what the hell? Someone has to speak one day. I should be the one to speak. In some other time, things are going to be easier than now. Until that time, there must be something during that period.

I know I might put myself in some kind of shit, but I believe in what I am doing. I believe I was going to make a difference one day. That day probably isn’t that far from us. I know my dreams and thoughts could be done easily.

In what I see and I feel, I believe the future of our country isn’t as glamorous as we thought it was going to be, especially when things in the royal family change. At that point, I am sure that hell would go loose when our time is over and we can’t do anything about it because we are very late to cure our problems.

Nothing in this life is more precious than the freedom of speech. More than anything in this world, all nations are fighting for the freedom of speech. You could see that in so many places in several parts of the world. For example, in Hyde Park in London, there is a special place for anyone who wants to say anything on his mind. People can listen to him without any kind of fear. I might say so many things, but I’m sure in what I say. I’m not afraid of anyone while I’m telling the truth that could help our people understand what was really going around so no one could say they are stupid or dummies.

For as long as he can remember, Arabian American Asim Abraham has been instructed to never express his feelings or ideas to anyone—ever. Raised as an American until age eight, when he relocated with his parents to his home country of Arabia, Asim struggled to learn about a new culture where regulations robbed him of everything, including the ability to speak his mind. For the first time in his life, Asim felt alienated from everything, everyone, and even himself.

With the intent of teaching others about the vast diff erences between America and the Middle East, Abraham shares the poignant story of his life as he travels between the free United States and Saudi Arabia, where life seemed to become more complicated and darker with each passing year. As he embarked on a coming-of-age journey between the two countries, Abraham details how he witnesses the impact of the Gulf War, views the thin line between dreams and reality, and manages to find his path in life despite enduring years of suffering, low self esteem, and imprisonment of his ideas.

Alienation not only offers one man’s compelling glimpse into life in the Middle East, but also shares his important message for both worlds about acceptance, love, and peace.

ASIM ABRAHAM, a freelancer script writer, earned a bachelor’s degree in computer science in 2003 and a diploma from VFS in 2011, where he majored in writing for film and TV. He is the author of the books Blood Brothers and Master of Darkness and has written numerous feature scripts, short scripts, and novels. Asim currently lives in Vancouver, Canada.