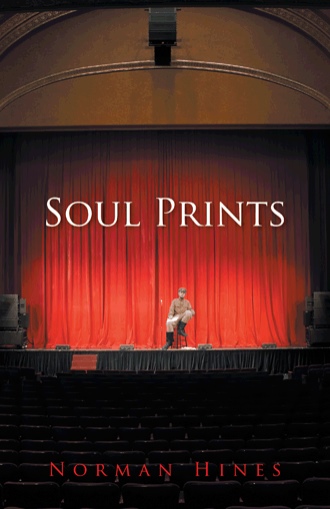 It is said that we are born into this world with a soul print, much like a fingerprint; no two are alike. The soul print is our own personal, unique story. It is given to us to recognize and to live out this story. Only through living our story can we become fully human in the divine plan. Several themes run concurrently throughout the narrative. The local high school takes on the onerous task of mounting the musical, Man of La Mancha. Infiltrating the lives of the members of the production is a mystical force that will exert a mind boggling influence on the young cast as well as their director. The world is on the brink of annihilation. The nations are poised ready to employ weapons of mass destruction. The cries of the people unknowingly conjure up the spirits of those valiant men who died in the mud of the Somme and on hill 145 of Vimy Ridge. Together these gallant spirits, overwhelmed with the opportunity to complete their interrupted soul prints on earth, plot an unusual means of attaining their lofty aim of world peace. To do this they must involve from the material world, a number of people whose developing soul prints are of the purest calibre. Of those chosen to ensure the success of their task are Nuri, the troubled young lead of the musical, and Nathaniel, a lost soul from the world beyond, given a second chance to seek redemption. The maker of Dreams, a master of the artistry of stain glass and of no distinguishable age, has been coerced into the divine plan of the spirit battalion. The underlying thread of the plot raises the question of whether wisdom over iron might holds the answer to man’s quest for everlasting peace. The various elements of the story are brought together in an unusual climax that moves the characters from the Grange subway of Vimy Ridge to the highlands of Cape Breton.

Set within the backdrop of a mystical battle between good and evil, the lives of two young people unknowingly struggle to complete their soul prints on earth. The local high school has taken on the onerous task of mounting the musical MAN OF LA MANCHA. Infiltrating the lives of the members of the production is a force that threatens to exert a mind boggling influence on the cast. Nuri Lemuel, a girl with a sweet soprano voice, and chosen to play Aldonza, the tragic lead of the play, has always longed to touch the heart of her unavailable father. Nathaniel is a fellow student with whom she is ill-fated for involvement. Unknown to her, he is a lost soul from the world beyond. So much of his life and memory is an unsolved mystery. Their efforts to fulfill the demanding reason for existence take them into a fearful world of the unknown.

Soul Prints is a poetic tale of grief, enlightenment and an underlying hope for peace.

Norman Hines is a graduate of Acadia University and the Nova Scotia Teacher’s College and has worked as a high school counselor and director of school and community theatre. Norman is one of the founders of the NOSCO Academy of Theatre Arts and is the recipient of awards for his work with children and community service. He currently lives in Truro, Nova Scotia.