The Lieutenant of San Porfirio 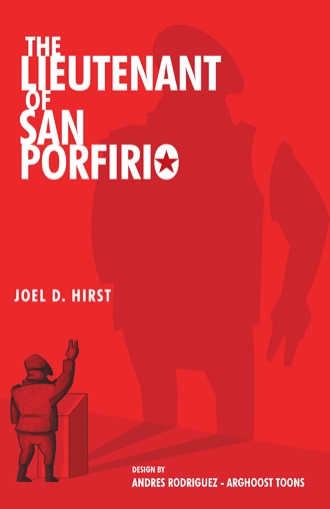 The Machado family home had been built with love and care by his father and older brothers. It had mud walls and a dirt floor that his mother constantly swept, hunched over with her old broom made of branches and the long, strong grass that grew prolifically in the surrounding marshes. In her futile attempt to keep a well ordered house for her family, she harvested the grass as often as possible, being careful to avoid the huge old anaconda that lived in the deep pool since before she and Juan Marco’s father had been married. The Machado family plot had been given to them as a wedding gift from the overseer – who had taken it from another family when the father had gotten sick and unable to work the land. In the house there were two large rooms, one was the living room where the family of seven spent most of their time (when they were not in the fields or with the cows, of course). The second room was for sleeping. Machado recalled the feeling of warmth and companionship as they spread out together on the floor covered by blankets for their short night’s sleep.

On the walls of the living area were old posters of the Virgin Mary and Jesus – the European version portraying them as blond, blue eyed Caucasians. Given as a Christmas present by the landowner family, they served to remind them of the true nature – and race – of the Holy Family. There was some rough furniture, made by hand by the elder Machado. These consisted of a few chairs, a table, and a bookshelf to hold the five or six book library they’d amassed over the decades. The roof was made of zinc sheets, a thin metal that was fantastically loud during the long, powerful rainstorms of the Great Plains, when they would huddle together, using their two buckets to collect the rainwater that flowed freely from the holes in the roof that the elder Machado could never afford to fix. The whole house smelled musty, like the odor of an early mountain morning – very earthy and clean. The kitchen, where Senora Machado spent most of her time, was out back behind the house. Frequently in the late afternoons when he was back from work helping his father and brothers, Juan Marco would listen to the sizzling as she made the inexpensive but nourishing meals; collected mostly from things grown on the land by their hands. 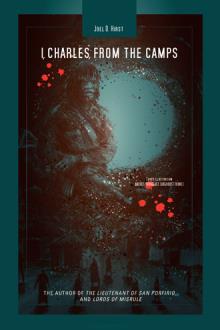 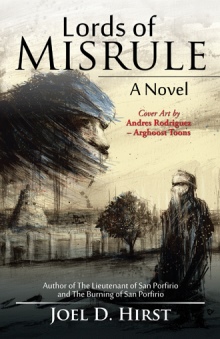 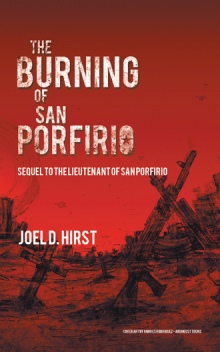 REVIEWS “…a passionate literary experience.” Carlos Alberto Montaner “Hirst strives to uncover the hidden roots of underdevelopment, amid the legacy of privilege, discrimination, and injustice. He also includes an analysis of why the history of Latin America is one of ongoing frustrations, with every so often the rise of a protector, savior, or leader of the poor, who eventually plunges those people into an abyss deeper and worse then what they had before the onset of these ‘vigilantes’.” PanAm Post “…a tragicomic satire about the Chavista revolution, in the tradition of Latin American magical realism; fun at times, but overall worrying and disquieting, particularly as it relates to the future.” El Universal “That is why, my new friends—” the visitor was still speaking. Freddy snapped back to the moment. “I would like to make a special request to you from our Comandante, the freely and democratically elected president of Venezuela. He is holding a special socialist youth summit, where la juventud socialista will come from all over the world to learn the lessons of our Revolución Pacifica.” Freddy’s heart skipped a beat. He looked up into the dark brown eyes of his new hero and was sure that the message was for him alone. “Please, come. Take a folleto, and if you are interested, follow the instructions to sign up.” And with that, the presentation was over. The first to jump out of his seat, Freddy accosted the speaker with questions. … The class started to clear out …. Nobody else seemed interested, but Freddy made up for it with his enthusiasm. They talked for a long time about the government, the political organization, and some history. Finally, Freddy asked about the student movement he’d seen on TV. “They talk specifically about this one girl …” Immediately, a light-skinned young man with dark hair and a thick accent barged angrily into the classroom. “How dare you? What do you know about it?”

Joel D. Hirst is a novelist and a playwright. He was a Fellow in Residence at the Council on Foreign Relations and a Fellow in Human Freedom at the George W. Bush Institute. He is a graduate of Brandeis University.