High Up in the Rolling Hills

A Living on the Land 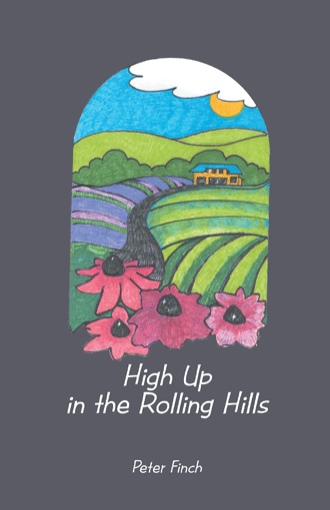 In a world where the news was loaded with stories of acts of random violence and unimaginable cruelty, organized state brutality, religious wars, bloody conflicts and even genocides, we had thrown in the towel one day and moved out to the country. Craving fresh air, peace and quiet, a simpler life, a slower pace and more space, we headed up into these mysterious hills. We feathered our new nest, a hillside homestead and a sizeable (fifty-five acres) chunk of land, and wondered what tomorrow might bring. In uprooting to the country, we had anticipated cultural deprivation and a struggle to make ends meet and to maintain our businesses, passions, and pastimes. We began by growing our own food when family farms and growers of natural organic produce were somehow tucked away out of sight. … We were tired of packaged goods, shopping in oversized supermarkets, and being bombarded by advertising and luxury-lifestyle channels on television. I wanted to get my hands dirty, smell the turned-over earth, plant seeds, see their produce trumpet through the weeds and live the organic dream. Strolling through fields of wildflowers; harvesting fresh garlic, juicy tomatoes and herbs; tasting succulent baby greens in the humid heat after a summer thunderstorm—we now did all this. And boy, did it ever taste good!

In his youth, Peter Finch wove his way through a series of exploits and adventures. Travels took him to Canada, where a fateful encounter in the Rocky Mountains opened up new horizons. In midlife he and his wife Gundi made the shift to country living, ushering in a new phase in their life, as they set down roots in the hills and settled into a deliberately simplified lifestyle.

Peter relates how he and Gundi immersed themselves in ways guided by nature. As she created and sold glass sculptures, he sunk his hands and tools into pure glacial-till soils, sowing, planting, and growing culinary and medicinal herbs, heirloom vegetables and salad greens to take to farmers markets and restaurants in and around Toronto. Invigorated by the pleasures and health benefits of growing, selling, and eating fresh organic food, Peter reveals how he became a passionate advocate of traditional, small-scale, chemical-free farming.

High Up in the Rolling Hills shares the personal journey of an independent couple as they explore the vital role of nature, creativity, and healthy food in life.

Peter Finch was born in Buckinghamshire, England, and is a dual-nationality naturalized Canadian who graduated with a degree in modern languages from St. Peter’s College (Oxford University). A world traveller and organic farmer, Peter lives with his wife, Gundi, in the rolling hills of Northumberland County near Toronto in southern Ontario, Canada. This is Peter’s first book.