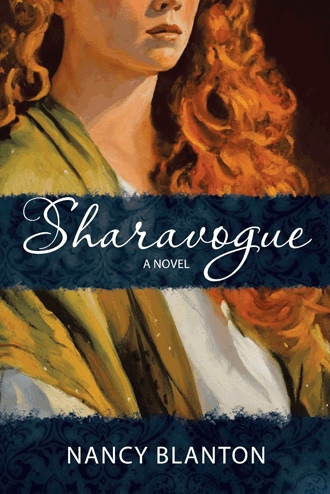 Four days we waited, with no word nor sight of any travelers. At night Aengus and I huddled together, no fire nor livestock to warm us. Had Cromwell come and passed us by? Had our plan succeeded? By the fifth day I could stand it no longer. I followed the ditch behind the tavern down to the bank where the bridge had been. Kevin Harrington, just ten years old, was our sentry crouched in the brush behind a mossy boulder. He gave me that crooked smile I’d known since he was old enough to walk and his mother let me play with him when they came to the village square. I gave him a nod, then hid beneath a rhododendron to watch for myself. In mid-afternoon the clop of a horse startled me. The rider wore a dung-colored tunic that blended with the browns of the forest behind him. He rode past us along the river, then slowed and continued a bit farther. On a rise just beyond us he stopped, turned in his saddle, and lifted his broad-brimmed hat to look about. My heart pounded a tribal beat until I thought for sure it would explode and I’d die right there. I could not breathe. My palms sweated, clenching the branches of the bush like the hawk clutches the throat of a dying rat. Please let him ride on. Please let my little scheme be the saving of our village! The scout rode over the hill. I exhaled slowly and looked up at Kevin’s wide green eyes. He stared back, his Adam’s apple taking a jump as he swallowed, but still we waited, unable to move from our posts until we knew for sure we were safe. I had just started to crawl from my spot when I heard the pounding hooves again.

The rider returned fast, his horse kicking up thick clods of dirt. He pulled up short where the branches had been laid, and walked his horse eastward, looking from side to side of the river bank. I dared in my heart to believe for just one second that our ruse had worked but knew already the lie was to myself. He mounted again and spurred his horse back to where other soldiers would be waiting. Foolish girl! Foolish village, for listening to such a foolish girl! In what seemed like only minutes we heard the harrowing thunder of a hundred or more horses coming for us all. The ground beneath me trembled as if the earth itself might split, and the poor hiding bush came alive in my hands, trembling with the fear of it. When the soldiers came around the bend there was no end to them, dark and heavy as if forged of iron, crashing through the bare branches, leaving nothing God-given to hinder their progress.

At the lead they were two abreast and six deep, huge men on black horses, breastplates gleaming in the afternoon light. Large brimmed helmets shaded their eyes and their stiff white collars. They ruled their horses with thick armored gloves and clutched the hilts of enormous swords under wide leather straps. Turned cuffs of their heavy boots rose well above their knees, as if so deep into the muck they would venture to stamp out the life of a rebel. Behind them rode others dressed in leather tunics and red sashes, some with broad hats adorned with feather plumes. Some dressed simply in black cloaks and tall black hats, the Puritans who brooked no extravagances but their own. And behind these men, but leading a swarm of others, came the one on a copper horse gleaming with armor. Fearing nothing, this rider wore no helmet or breastplate. It was clear he could only be our enemy, General Oliver Cromwell himself. His white-plumed black hat was grander than any other and shaded all but the sparse hair over his frowning lips. The stiff points of his long collar rested on a massive leather tunic, as rigid as his back with the shoulder coverings extended beyond his width to make him look broader of chest. A wide red sash sliced from shoulder to hip, ending at the long bright sheath that housed his sword. The soldiers parted as he rode forward and joined his scout. The two men dismounted just where our lads had placed cut branches to camouflage our work. The scout removed one of them, and I felt my stomach twist against my spine.

Cromwell looked down, then along the wintered banks to the east and west. He removed his hat, giving me the first glimpse of his eyes, as black and flat as a long-dead salmon, and his broad and bulbous nose, giving his face the dull arrogance of a bull. A wind came down the river and lifted the locks of his light hair like tiny serpents roused from their sleep. He glared at the stone where Kevin crouched. Be still, I prayed, and do not betray us! But our young Kevin could bear no scrutiny and he bolted, his arms and legs flailing wildly and crashing off through the woods toward the village.

Cromwell shouted. “Four of you, after that mongrel! Bring him before me alive! And do not make long my wait!” The soldiers spurred their horses and plunged into the river after poor Kevin. The flowing river that I thought would protect us seemed no impediment at all. I begged that the horses might drown, but they showed no fear of the water and their riders used the currents to their favor. In minutes they were scaling the bluff on our side of the river, the water sluicing from their flanks as they crashed into the woods before I could but take a second breath. I clung to my little bush, knowing Kevin would lead the soldiers like an arrow into the heart of the village with none prepared for their coming. I had to get a warning to Aengus. But which direction could I take and not be seen? I considered the options too long, paralyzed by my own fear. Before I could run I felt the sharp sting of a blade between my shoulders and a hand squeezing my ankle like a vise. The black-haired karroge—a filthy cockroach with dirt-smeared face and rotten teeth—grabbed my skirt waist and heaved me to my feet.

“Tall for such a young one.” He lifted a lock of my hair and sniffed it, then tugged my hem to get a look at my leg. I jerked away. “Filthy little savage. I’d have ye myself were it not more fun to see the general squeeze the life blood out of ye. Let’s go see the man, ye nasty urchin!” There was that name again, and it set me to squealing and squirming to get free, but the soldier grabbed my arm so hard I thought sure it was broken. Stinking of sweat, dirt, ale, and horse, he jerked me up against his vile chest and pushed me through the brush toward his mount. He lifted me to his saddle like a sack of barley and plunged back across the river. I screamed, fearing the current, but it was far less threatening than what awaited me on the opposite bank. The soldier nearly crushed my ribs as the horse heaved up the bluff and through the brush. At the top beside the road, he shoved me from his horse and I dropped to the ground in a heap, my face but a whisper from the general’s square-toed, muddied boots.

It is December of 1649 as England’s uncrowned king, Oliver Cromwell, leads his brutal army across Ireland to eliminate a violent rebellion. Fifteen-year-old Elvy Burke, the daughter of a great warrior, wants only one thing—to live her destiny as a leader and defender of her country. While waiting anxiously in her village, Elvy receives word that Cromwell and his cavalry are on the way. As she hears the thunderous hooves approaching, Elvy has already decided she will not give up easily.

When Cromwell cruelly beheads a village boy, Elvy vows to avenge the killing by destroying Cromwell. After fleeing from the general’s soldiers, Elvy aligns with a Scottish outlaw whose schemes send them headlong into a tumultuous journey across the sea to the West Indies, where she becomes an indentured servant for the fledgling sugar plantation Sharavogue. Knowing she will surely be killed if she attempts to escape, Elvy learns to survive in her new life—and soon discovers the depth of her own strengths and emotions.

Sharavogue is the compelling historical tale of one girl’s incredible journey through the lawless lands of the West Indies as she fights her way back to Ireland to confront her sworn enemy and claim her destiny.

Nancy Blanton, a former journalist and corporate communications professional and former journalist, is the author of Sharavogue, a novel of 17th century Ireland and the West Indies. She wrote and illustrated the children’s book The Curious Adventure of Roodle Jones, produced two award-winning regional history books, and two interactive timelines. She lives in Florida with her husband and two Labrador retrievers.