Life's About a Dream 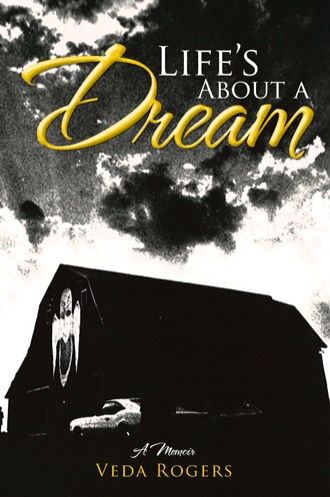 Vassar garnered reviews for most productions from the Topeka Capital Journal and the Ottawa Herald. Sometimes another paper might come in to review a show, but, although always invited, it was not something one could expect. The press usually came opening night and the reviews would appear several days, maybe as long as a week, later. Sometimes, it didn’t appear until after the show had closed. Did a good review bring an increase in the audience size? Or vice versa? Their studies didn’t necessarily lead one to think it mattered. For instance, a Topeka review by Peggy Green for The Two Orphans in 1972, compared Veda and Bruce to the duo of Lunt and Fontanne of Kansas. (How much better can a review get?) But that show did not sell particularly well, averaging only 100, half a house. Also, it was another melodrama, which was perhaps not their bag, but who knows if that were the reason it didn’t sell. Another evening, an Ottawa reviewer for the opening of Arsenic and Old Lace in 1976, when the electricity suddenly failed during a propitious moment, didn’t appear to realize the lights were not supposed to go out! On that particular evening a house was being moved. The electric utility, Kansas City Power & Light, had cut lines to accommodate the move, but the power company didn’t warn the playhouse what was going to happen. (A complaint was made with haste to no avail!) Veda was playing Abby with Eleanor as Martha, the two aunts, for that show. They had just come to the spot where their evil nephew arrives on the scene. The lights were to dim at that point, but not go out! That performance put the stage in darkness; well, as dark as a July evening gets in Kansas at 9:00 p.m. There was, thank goodness, enough light that, where they would typically close the hayloft door above the stage so as to provide the right darkness effect, on this particular evening the hayloft door was widened to let in as much light as possible. During intermission a few minutes later, Eleanor, who always stayed at the playhouse in her trusty Winnebago, backed her camper to the barn and some new light cables were run to her generator to give light for the remainder of the show. The reviewers seemed to enjoy the special effects, and they gave the cast credit for being able to carry on!

Veda Rogers grew up in Quenemo, Kansas, married her childhood sweetheart, and they went on to establish Vassar Playhouse near their hometown. Located at Pomona Lake 35 miles south of Topeka, they ran the theatre sixteen seasons beginning in 1970. Veda has more in common with Ginger Rogers than their roles of Dolly Levi; Veda’s father-in-law, John Rogers, was Ginger’s stepfather, “Daddy John.”

He helped to get Ginger started in her career, managing her Vaudeville tour for two years, 1926–1927. This book is Veda’s story—the story of Vassar Playhouse—her family, the players, their griefs and their joys. But—because of her husband, Bruce, Ginger also plays a part. This story is for anyone who has ever put his/her feet on stage. Curtain Everyone!

Veda Rogers has a degree in Music Education from KU. After teaching over twenty years, she and her husband, Bruce, purchased a barn and opened a summer theatre, Vassar Playhouse, 35 miles south of Topeka, running it from 1970-1985. They now live in Kansas City, but this book, Veda's first, is their story.