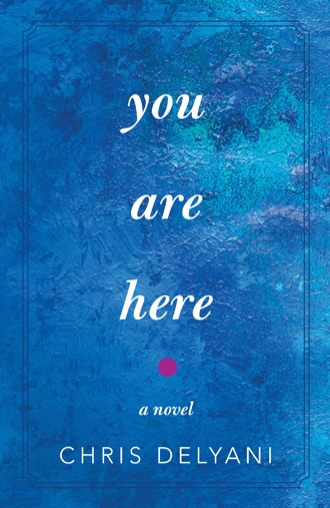 Peter looked at Ben, skeptical. “You want me to paint you a floor map?”

“Well, not a real floor map, but a—a life map. Maybe you could paint a big and mysterious universe, a concept of something we don’t know and can’t know, but a map that has a marker on it to remind us we aren’t lost, a place that reminds us, ‘You are here.’”

Peter looked at the wall and refrained from saying what he felt, that Ben’s idea had to be one of the lamest and stupidest ideas he could have come up with.

“Which is the point of today’s parade, if you ask me,” Ben went on. “I know a lot of what goes on there seems frivolous, but the point of the pride parade is so you can show up and let yourself be counted—and not just for the people living today, but for the people who’ll be living here years from now, centuries from now, anyone who cares enough to take a backward look, wanting to know how we lived. … Who knows what the world will look like in the future? So that’s why you need to paint a painting as soon as possible—and why you need to go to the parade today, if only to let yourself be counted for a few minutes. You’re here, Peter. You’ve got to let people know you’re here.”

All Peter Bankston ever wanted to do was paint.

An aspiring painter, Peter scratches out a pauper’s living in San Francisco, wanting nothing more than to be left alone. Instead, he finds himself getting involved with not one but two very different men.

Like Peter, getting involved with another man is the last thing on Nick Katsaris’s mind. Smart, handsome, and good-humored, Nick’s done more than just survive—he’s positively thriving in San Francisco. But when he meets Peter, what begins as fun and games quickly turns into a game he can’t control.

Miles Bettencourt’s days are filled with longing. For him, San Francisco is haunted by Stuart, his missing ex-lover. Desperate to win him back, Miles wanders the streets in the hope of running into Stuart again. Instead, he runs into Peter—the one man who might hold the key to what Miles is looking for.

These three gay men soon form one very unlikely love triangle. Sometimes, when people break apart and then come together, they learn that discovering that where you are is the key to knowing who you are.

In 1993, Chris Delyani moved to San Francisco from his native Boston to devote his life to writing fiction—and he’s been at it ever since. His first novel, The Love Thing, was published in 2009. He lives in Oakland, California.