Dynamic Progression from Word to Message 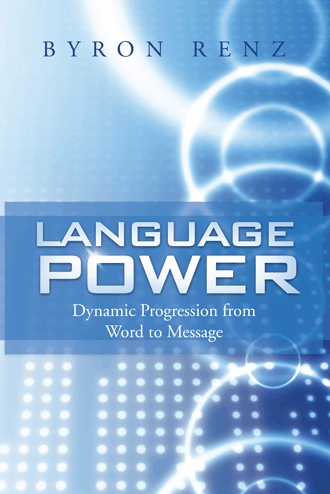 Chapter 3 Informative Message Structure In communication, we distinguish between informative and persuasive messages, their structure, and their organization. This chapter will focus on the informative message. It will examine the nature of information, the way that informative messages are formed, the way that informative expressions are combined into meaningful units, and words, phrases, and sentences that bridge ideas. We use the word information usually under the assumption that both the sender of the message and the receiver know what information is. Textbooks on communication technique seldom attempt to define information before discussing the informative sentence and the organization of informative sentences into knowledge-producing units. Our discussion of information will focus on the way that the term is used in the communication disciplines, the social sciences, and the humanities rather than the way that the term is used in scientific and mathematical information theory. Elements of Information When we discuss information as a verbal construct in communication, we are talking about taking units of meaning (usually words, although pictures and other sensory perceptions also convey meaning) and constructing them as a pattern of meaning that can be transferred to another pattern so as to alter the form or size of the bits and pieces of understanding (the data) in the brain of the receiver—those bits and pieces (data) that constitute the pattern of understanding in the receiver’s brain. Bits and pieces of meaning may also be structured in such a way as to create a picture in the mind of the receiver. For example, in the first instance, where knowledge patterns are concerned, one might take bits and pieces of knowledge about universal health care and develop them into a pattern of knowledge that can be transferred to the existing pattern of knowledge about universal health care in the mind of the receiver. The intent of the sender is to alter the pattern of understanding of the receiver. This can be done either to change the pattern of understanding by the receiver or to enlarge that pattern. Bits and pieces of knowledge can also be constructed so as to create a picture of something. This is what happens when we construct bits and pieces of knowledge into a pattern that visualizes a process. This is what happens when we describe the process of repairing the transmission system of a car. Of course, actual pictures or diagrams may be used to complement the words, but the words themselves generate a mental picture of some process. The English word information is derived from the Latin word information (nominative) or informationem (accusative). The Latin word means “to give form to the mind,” “to discipline,” “instruct,” “teach” (Information, Wikipedia, 1). The word inform can be traced to the Latin verb informare, meaning to give form to, to form an idea of something, to create a concept. A Greek word, eidos, referred to a particular kind of something, an idea, a shape, or a set. Plato used the word to describe the ideal identity or essence of something (see Theory of Forms). Information may be described as “a system of interest. Message is the information materialized” (Wikipedia, 2). Information is about something, its size, its position in time, an event, or some value. As we have defined information, the system of interest may be true, or it may be false. The definition of information does not imply truth. Information may also include a sight (a rushing mountain stream) or a sound (a rifle shot in the distance). In general, the amount of information in a message determines its accuracy; the greater increase of information in a message, the more accurate is the message. In defining information as a pattern, we are referring to a combination of meaning units (qualities) that make up a characteristic arrangement. The definition of information does not necessarily suggest dyadic communication. A prospective sender may construct a pattern of meaning independently. However, intent must precede the arrangement of meaning elements. The creator of the message must know something before message elements can be arranged. The meaning units may be considered symbols, and the symbols need to be organized into a specific pattern (syntax) so that meaning may be conveyed. The raw meaning data must be organized in a way that incorporates usefulness, value, or some quantum (element) of meaning. Our definition of information does not depend upon a particular medium of communication. The message is a separate mental construct. The medium used to convey the message may affect how the message is perceived, but that is a consideration that comes with a choice of message conveyance.

The focus of Language Power: Dynamic Progression from Word to Message is on words and how they convey meaning and feeling. The microscopic focus on the word itself evolves into the logical organization of words into meaningful sentences, paragraphs, and document sections. The focus is on the somewhat divergent nonfiction elements of information and persuasion.

Language Power gets the serious student of writing away from the glib advice about writing do’s and don’ts or templates that can simply be copied. This is a book about the process of thinking that goes into effective informative and persuasive writing. The book teaches the writing process. Although the discussion of process is illustrated with examples, the examples serve not as templates but to help teach the process. The book’s rationale is that solid academics will ultimately outperform the mundane.

After examining how words convey meaning, words are next examined as collective structures to convey information or persuasion. Finally, language structures are analyzed in specific forms of business writing.

Byron Renz, Ph.D., Wayne State University, has served as a major market broadcaster and a university professor of mass communication. He has taught writing from academic and journalistic forms to business forms. He has held Fulbright lectureships at the University of Latvia and at Belarusian State University in Minsk.