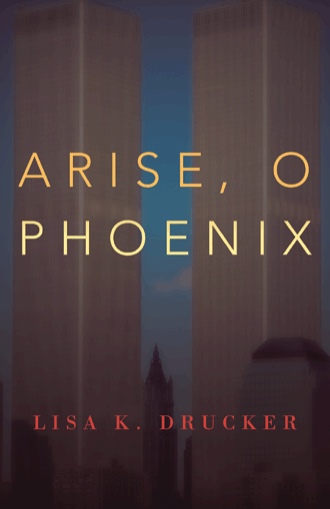 Suddenly the roar of a jet engine rumbled above the ensuing scene of destruction. “No!” Josselyn heard herself cry out. She was screaming, denying what was already unfolding. This plane came in low, dipping one wing and then deliberately flying toward the South Tower. Time stopped as she watched the plane crash head-on into the tower. The smash of concrete and steel was punctuated by another sound, weirdly similar to the thundering roar of rushing water: the simultaneous shattering of thousands of panes of glass.

It wasn’t surreal any longer, just gruesomely, inconceivably horrible. New York—America—was under attack. That spire of sky between the towers—always taking her breath away because it looked as if somehow the towers created that piece of sky; sometimes blue, sometimes pink and violet, sometimes velvety black—now was filled with vile smoke so thick that it seemed the sky had been destroyed.

People on the street screamed, cried, and gasped, but also gaped in a silent horror worse than any sound. More-distant screams from the victims in the burning, smoking towers mingled with those of the onlookers in a soul-piercing cacophony that would echo through all their nightmares for as long as they lived … if they survived this Armageddon.

September 11, 2001, is starting off like any other day. By 5:15 a.m., Cameron Burke, a Vietnam vet and member of the military intelligence special operations unit, is running along the Potomac. As he completes his run and mentally plans his day, Cameron has no idea that in mere hours, everything will change—not only for him, but for everyone in the world.

After realizing he has already cheated death by not arriving at the Pentagon early that morning, Cameron receives orders from the President to find who committed the catastrophic terrorist acts against the United States. Meanwhile, as New York Times reporter Josselyn Jeffrey slowly makes her way through the horror as the South Tower falls, she only has one regret in life—losing Cameron, the love of her life. As Cameron and Josselyn muddle their way through the aftermath, they each recall their moments shared together and the years they lived apart. Now only time will tell if destiny and a life-changing tragedy have the power to bring the two lovers together once again.

Arise, O Phoenix is a story of love’s indomitable power and the triumph of the human spirit that both rise from the ashes of 9/11 to remind us all of the only things that truly matter in life.

Lisa K. Drucker is a freelance writer and editor. She earned a bachelor’s degree in classics from Vassar College and a master’s degree in communications and media studies from The New School. Lisa is the author of The Princess-in-Training Manual (written under the pseudonym Jacqueline de Soignée) and ASVAB Flash Cards. She currently resides in South Florida.