by J. Anderson, With B. Rowley & With J. Mulinaro 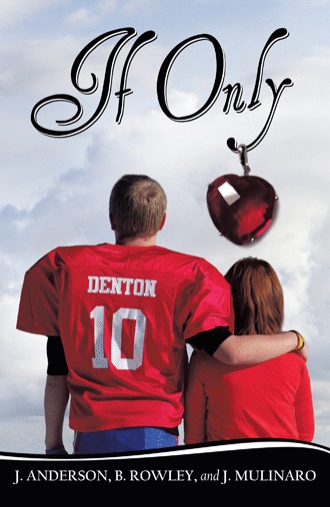 At some point in a person’s life, he or she makes a wrong choice. When the heart is involved, wrong choices can be devastating. If Only is a creative reimagining of reality, inspired by actual events from the Redhead’s and the authors’ lives. Weaving forty-five years of actual events, people, and experiences, the authors present a fictional account of what could have been.

Bill is an exceptional young man of extraordinary integrity yet he struggles with his confidence in his personal relationships. A gifted athlete and student, he strives to be the best. A leader both on and off the field, he pursues his goals relentlessly. Sarah knows what she wants out of life, and nothing is going to get in the way of her dreams. Strong, intelligent, and assertive, once she sets a plan in motion, she makes it happen.

When these two meet unexpectedly, they forge a lifelong relationship. Together, they tackle any obstacle, disaster, or heartbreak that comes their way. While nurturing their relationship, they deal with life’s choices, foes, desires, and all the external pressures that threaten to rip their love apart.

We all live with the consequences of the choices we’ve made. Some of us are making those choices at this moment. Most of us have pondered what a different choice would have made with those lost opportunities, about what could have been by making that different choice.

On December 31, 2012, after thirty-five years at Herff Jones as a business analyst, writer, trainer, and IT pioneer, J. Anderson retired. His writings include poetry, short stories, technical, and training manuals. He and his family live in Indianapolis, Indiana.

B. Rowley used his Ball State bachelor’s and his Indiana University master’s degrees to launch a career as a journalist and teacher. Now retired after 32 years service, he lives in Indianapolis, Indiana.