The Hunt for American RINO 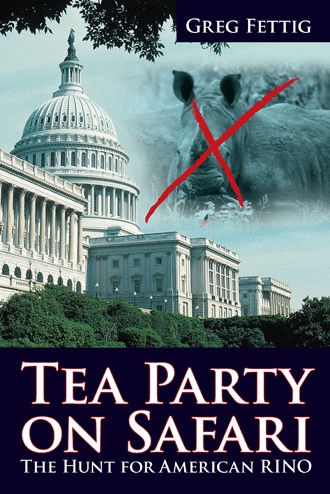 It is the duty of every citizen, as it is those who take the oath of office, to uphold and defend the Constitution of the United States of America. When that oath is taken lightly and even violated, the citizens have an obligation to take corrective measures to ensure that the gift of freedom they inherited was not lost. The people of Indiana would send a message that would be heard around the nation, if not the world, that the people would not allow their elected officials to govern against the vision of their founders, the blessings of their creator, and the will of the people.

In June 2010, Greg Fettig began a battle that would ultimately change the course of his life. Already involved in the Tea Party movement in Indiana, he started a campaign to target an icon of Washington elitism, six-term US Senator Richard Lugar, and ultimately oust him from power. He had no idea that the eighteen-month journey ahead would be fraught with twists and turns, bribes, threats, attacks, deception, and betrayal.

An inside look into the dark underbelly of politics, Tea Party on Safari takes you behind the scenes of one battle in an all-out war for the heart and soul of the Republican Party. Fettig, along with fellow Tea Party patriot Monica Boyer, united under the banner of constitutional conservatism and set out to reclaim the Republican Party by purging it of RINOs—and they started with Senator Lugar.

Voting Lugar out of office remained their goal, and they pursued it with steady resolve. With Fettig and Boyer at the helm, the unified Tea Party waged the largest grass roots political campaign ever conducted in the young movement’s history, seeking to send shockwaves of fear to the Washington, DC, establishment of both national political parties.

Greg Fettig is a lifelong Hoosier and small business owner. He is president of America ReFocused and cofounder of Hoosiers for a Conservative Senate. Fettig lives in Indiana.