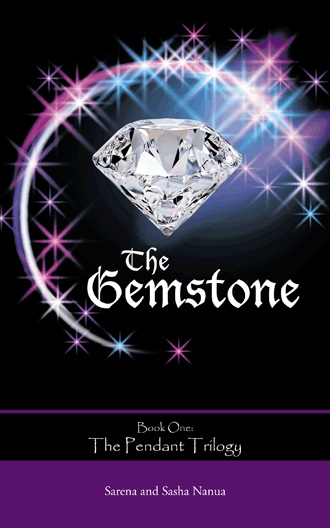 Prologue Berlin, Germany 1920 “Go inside the house, Andrea!” Filip said. “This is no house, but the Sorcerer’s mansion! I should not go inside, Filip!” Andrea stated to her brother, and continued. “What if I were to be caught? My time would feel like an eternity,” she said with sorrow, staring up at the stars in the beautiful night sky. Filip held a confused look on his face. “I thought you were brave, Andrea. I thought the sight of the Sorcerer’s throne was what you wanted … what we wanted.” Andrea was still contemplating whether she should go inside to peek at the riches when Filip placed his bruised hand on her shoulder. “Let us have one last look before we leave west,” he said. Andrea sighed. “I shall go in. Keep watch for outsiders or guards.” “Quickly, Andrea, I would like to see the throne as well.” Andrea took the torch light from her brother, heaved open the doorway, and stepped inside the evil Sorcerer’s mansion. The mansion was dark and destructed. The only light came from the torch that she held in her hand. She held it high and continued through the Sorcerer’s mansion. The air was full of dust, making it difficult to breathe. She looked back through the open door to her brother. His face was unreadable in the consuming darkness. She let out a sigh and continued toward a large door on the left. Every step, every breath she took, was full of fear. A sliver of light shone through the crack of the open doorway. She saw a large field of grass and the bright moon, and then opened the door. She held her breath as the light illuminated a large throne strewn with riches, gems and gold. Aside from the throne, a giant hole demolished the wall on the right. Three sparkling objects were set on a wooden table to the right. They were so bright you could barely look at them. Andrea was shielding her eyes with her hands as she walked toward the objects. Then she bent down, dusted them off, and examined them in the torch light. They were three beautiful gems. Two were ruby red with a long, pentagonal shape, while the other was half of a diamond. The gems shone so brilliantly one could only presume they were magical. “I wonder …” exclaimed Andrea as she looked at the miniscule interlocking pieces on the bottom. All of a sudden loud sounds filled the air. Through the blasted hole, Andrea saw many men and women holding bright torches, securing the perimeter of the mansion. Andrea gasped, took one last look at the empty throne, and immediately ran to her brother. One hand held her laced dress and torch light, while the other held the gems to her chest. Her feet pounded like booming thunder on the concrete as she reached her brother. “Filip,” she said, panting anxiously, “we have to go. I think I saw guards. They will think of us as trespassers and thieves,” she said, still out of breath. Filip placed a disappointed look on his face. “It will only take one minute for a quick look, Andr—” Andrea cut him off. “Now.” 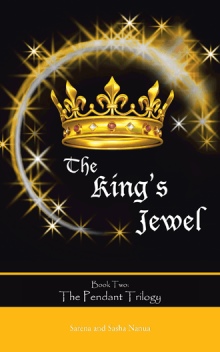 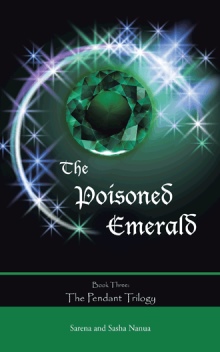 One gemstone that changed her life.... Now it was almost before me. My breath quickened as I struggled to let go of the necklace. I even stood to pull the box with me, but the ribbon of the necklace reddened my wrist like a hot coal and I cried out in pain. Suddenly all I heard was my breath—in, out. The figure moved quicker and quicker, closer and closer… The figure was now above me, drifting over my head, and then it tumbled on me with the force of gravity. And then with a whimper, I fell unconscious as darkness surrounded me. ARICA MILLER is thrilled to begin her sophomore year at Hill Valley Private Arts Academy. Little does she know that the prestigious school holds more hidden secrets than she’d anticipated—especially with the headmistress. After she accidentally comes into contact with a mysterious gemstone necklace, she receives strange hallucinations that connect to her family’s past. Arica soon realizes that this is no regular necklace, but a necklace that contains power beyond her knowledge. And that’s not all. Her world unwinds as she is absorbed with knowledge of a world of sorcery. All dating up to Halloween night, Arica must face suspicious friends, monstrous creatures, and the truth of her family’s connection with sorcery. But worst of all, she must face a powerful enemy keen on only one thing: the gemstones.

Sarena and Sasha Nanua are teenage twins living in Mississauga, Ontario. They love reading books in their spare time and enjoy science fiction and fantasy novels. They have been writing books since they were nine years old. The Gemstone is their first novel.