The Five Rights of the Individual 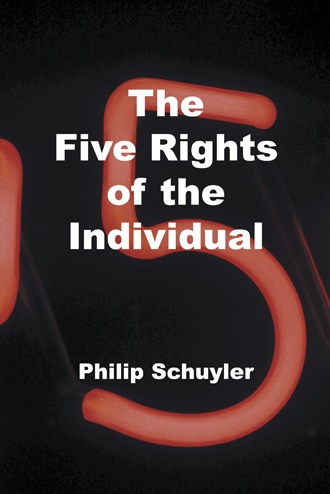 The Five Rights are supreme. Put the individual first, and no individual can be sacrificed. Put something else first, like “the good of the whole” or “society” or “national security,” and individuals can be sacrificed to that end. It does not matter if the purpose is called law and order, safety, or the general welfare. The State can impose restrictions, rescind options, and assign duties as it sees fit: practices that are incompatible with a system in which all individuals are permitted to use “their knowledge for their purposes,” the time-honored definition of liberty. In an open order, government honestly informs; it influences the choices of individuals by appealing to their reason and sense of right and wrong and otherwise lets them be. But all governments try to go further, leaving the designers of a government with the problem of how to sufficiently empower it while simultaneously limiting it. Optimally, government would be able to make and enforce needed laws but unable to make laws that breach the Five Rights. This is attempted in practice by delegating to government legislative power limited by constitutional principles.

The US government makes 350 pages of new laws each day, including directives of policy that limit what an individual may do at home alone or with consenting adults. Such laws are intended to make people safer, healthier, or more productive, but they often violate the Five Rights because they sacrifice personal choices to some presumed greater good. Directives of policy may include laws that violate the rights to privacy or free speech; laws restricting abortion or physician-assisted suicide; restrictions on gun rights; prohibitions on unhealthy foods, cigarettes, alcohol, or drugs; laws that discriminate against gays; and laws that violate property rights.

Drug prohibition laws have been the most damaging. Over the past 40 years, the US population grew 50 percent while its prison population grew 1,000 percent, due mostly to antidrug laws. There are now two million Americans in jail, half of whom didn’t harm, coerce, or defraud anyone. The land of the free has one twentieth of the world’s population and one fifth of its prison population. Our incarceration rate is seven times that of European countries. No democracy has ever had such a large percentage of its people behind bars.

Legalization of marijuana and decriminalization of other drugs would free hundreds of thousands of individuals, end prison overcrowding, and save billions of dollars now spent trying to enforce unenforceable laws. There would be less need for spying, wiretapping, and breaking down doors. Americans could stop thinking of the police as the enemy and vice-versa, permitting a renewal of respect for the Five Rights.

Philip Schuyler is a writer who resides in Saratoga Springs, New York.