Repositioning your soul to thrive after domestic violence 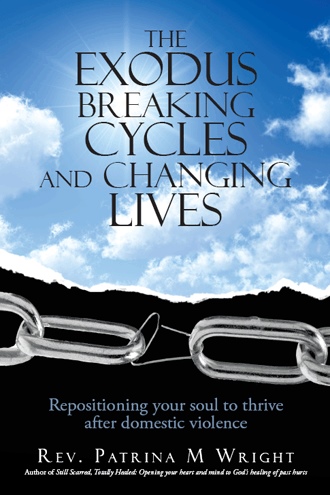 Domestic violence is about control, manipulation and domination. This is a book about divine deliverance. Women who have experienced domestic violence is in need of a life changing encounter with God. They need to know that God is willing to do those things for them that they cannot do for themselves. Victims of domestic violence and survivors need to know that they are not alone. They were never alone. The God who sees and cares is ready to get involved in their situation. Not only is it time for women to cooperate with Him to break the cycle, they must choose to reposition their souls for success. As the soul prospers, so does everything else. God can and will empower them with everything they need to take the rest of their lives back. By reading this book women will be inspired to take responsibility for changing their lives.

Each year in the United States an estimated two to six million women are victims of domestic violence. Domestic violence is a pattern of assaultive and coercive behaviors, including physical, sexual, fi nancial, spiritual and psychological abuse.

Domestic violence is about control, manipulation and domination. Ninetyfive percent of assaults on spouses or ex-spouses are committed by men against women. Too afraid and too shame to speak up, there are countless numbers of women sitting in Churches all across America suffering in silence. Victims and perpetrators are from all ages, racial, socioeconomic, sexual orientation, educational, occupational, geographic, and religious groups.

If you or someone you know has ever experienced domestic violence you are in need of a personal, life changing encounter with a powerful God. One who delights in healing wounds and setting the captive free. The Exodus is that kind of encounter- it’s about coming face to face with a Holy God as He does those things that you cannot do for yourself.

Rev. Patrina Wright a former newspaper reporter turned licensed minister, author, pastoral counselor and certified temperament counselor is the founder of Crossroad Women and Family Services, Inc. a 501 c (3) private Christian counseling, career & college coaching and abuse prevention training organization. A native of Jersey City, New Jersey Rev. Wright has studied at the New York Theological Seminary in NYC. With degrees in public policy and counseling she is a preacher, Bible teacher, keynote speaker, trainer and producer/talk show host of, "Restore. Recover. Rebuild". She is also the author of Still Scarred, Totally Healed, a book where she uses her personal story to help adult survivors of child sexual abuse find hope, help and healing for their scars of abuse. She resides in Hudson Valley, New York with her family.