To Kill for His Queen 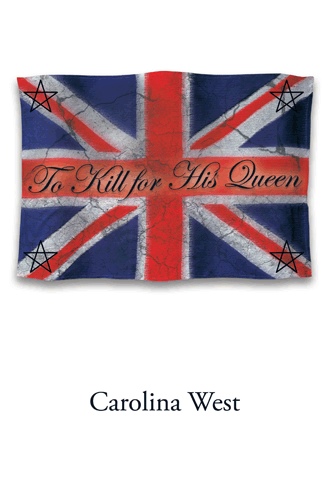 He chuckled dryly, knowing he couldn’t have her. One, she was only seven, and two, she was human, although she was by far the most beautiful thing he had ever seen. Her scent was intoxicating. The very thought of her glowing, innocent face set his nerves ablaze, and he couldn’t help but dream of a future with her, unknowing of everything that was yet to occur. He didn’t even know her name. He thought constantly of her wide blue eyes, her silky brown hair shining in the sun, her crystal laugh which sent his heart pounding. A blush formed on his cheeks the moment his brother entered the room.

“You’re thinking about her again,” Cadin said mockingly. He was fourteen, with much the same build of his brother, aside from his narrow shoulders. Hassen coughed.

“Yeah, so what?” he asked, turning away. His voice was rough from the illness. He heard Cadin’s ocean-like laugh.

“So what?” he repeated, mockingly. He sat down on the edge of the bed. “You’re disgracing yourself,” he said quietly. “It’s not natural. She’s beneath you.” that last remark sent him over the edge. Hassen turned on him, green fire blazing in his eyes, a deep growl escaping his throat. It was too late to move, and soon he had driven his brother to the floor. Cadin was momentarily shocked to find that he couldn’t fight the boy off. He then remembered overhearing his parents, talking about how Hassen was too strong for his age. He felt something drip from his hands, still trying to push him away. It fell in his eyes, blinding him as he finally kneed Hassen in the groin. Hassen fell away, gripping the spot while breathing heavily. Cadin stood, wiping red liquid from his eyes. Blood continued to flow from the wounds in his hands.

“What the bloody hell was that?” he asked, panting.

Hassen placed his hand on the wall, gazing fiercely at his sibling. “You know very well what it was,” he hissed, voice deeper than normal. He rose to his full height, clawed hands still clenched. “I used to be one of them, so don’t you dare say she’s beneath me.” froth flew from his lips as he spoke. He looked like a wild animal. Cadin cringed.

“I had forgotten that,” he said quietly. His eyes fell to the floor. He could see the red drops as they fell from his face. His only reply was a rough growl, followed by a series of pained screams. He dared not look up as a large grey streak flew past him. The first few changes were always uncontrollable. In a moment he heard his parents’ cries as Hassen rushed past them, but whether it was fear or joy was unknown. It was bad enough in human form, and he didn’t want to know what damage would be caused when he was in fur.

Living in the world of werewolves, vampires, and dark magic can have a certain effect on a child, especially when that child is Hassen Mason, who seems destined to bring ruin to those he loves. Hassen was abandoned as a child and was immersed in the world of magic by the strange creatures that raised him. His lineage was a mystery, but no mystery buried in the past can stay buried for long—especially when that mystery is strong enough to span centuries.

An accident leaves Hassen without memories, and he must find a way to remember who he was and what his life meant to him before his past creeps up and kills him. He encounters evils worse than abandonment—vengeful demons and walking dead. Somehow, Hassen’s family was involved in this dark underworld. Now he has to fight his own internal battle: Is he a good guy or one of the villains?

Then he meets Carissa—a woman he suspects he knew before he lost his memory. She has had a similarly troubled past, and although the two of them are from different worlds, they find a common bond that even dark spirits cannot break. Will Hassen’s good side be strong enough to battle the side that longs to be bad? Will Carissa’s love keep him sane, or will the truth about his family finally cast him into the endless abyss of insanity?

Carolina West is a high school student living with her mother and younger sister in Arizona. She has been writing since she was fourteen years old. This is her first book.