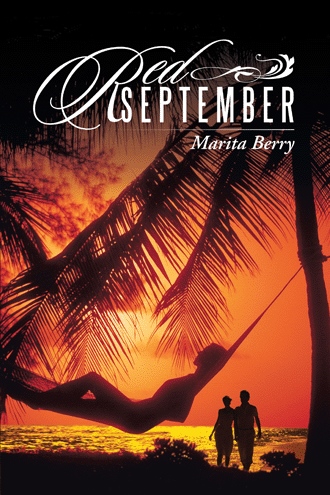 I awoke with the sun that morning, as I’ve done so many times before. I sat up on my bed, put my feet on the cold cement floor, walked over to the window and looked out. I gazed at the beautiful skyline of orange rays coming up above the mountains, while the candlelight’s flickered in the windows of the framed pastel homes that lined the side of the road. It was another tranquil morning on the small island we called Taino. The trade wind blew softly and the air laden with the rich aroma of freshly cut grass and the soil after a rain was invigorating. Lizards skittered, and a rooster crowing nearby signified a new day.

The grandfather clock in the parlor struck the hour, and my ears perked up at the familiar sounds of the screen door slamming shut as my brother Kevin strolled out to the hen house to collect the eggs. Then there was the pitter-patter of my sister’s feet and the clatter of pots and pans in the kitchen as my mother prepared breakfast. We would have oatmeal porridge, scrambled eggs, fresh baked bread with homemade fruit jam and chocolate milk most mornings, and whenever we heard Mother stirring the cocoa mix into the tin cups; it signaled to all four children that it was time to eat.

By the time I appeared in the cozy kitchen and sat down at the table, my siblings were already there playing amongst themselves.

“Where’s daddy?” I asked, turning to face my mother.

When it came time to eat we knew that we’d have to wait until father was seated and served first. As an eight year old, I realized how important a father was in a young girl’s life. I loved my father, and he loved me too, so much, that he named me Constance after his mother. And as the eldest child, he was very protective of me. In fact, I was daddy’s girl.

My father was the essence of tall, dark, handsome and slightly built. He was adventurous, a great provider, and possessed a gentle, loving and understanding nature. With a chronically ill wife and four children to raise my father was devoted to his home and family. He never ran away from his obligations by escaping to the local rum shop like so many of the other men did. He regularly found the time to spend with each one of us.

My fondest childhood memories was of this little colored girl wearing a pink cotton dress tiptoeing out of the house with my father on a peaceful morning, just as the sun came up, to pick mangoes and sugar apples from the trees growing in an orchard beyond our house.

Our adventure began with us climbing over the fence in the yard and taking a shortcut through the cow pasture, until we reached the tree line. And then father held a long stick with a nail attached on the end as a hook, and bent the tree branches just low enough for me to reach.

Afterwards, we’d find a shady spot under a tree to talk as we ate some of the succulent fruits, before taking the rest home for mother to turn into jams in preparation for the rainy season.

My father taught me important things about life and the world that I could not acquire from any school. He often talked to me about God and how he made boys and girls different and if I did not give of myself too freely, when I grew up, some man would be lucky to have me. I didn’t realize until I was much older that my father was teaching his frightened little girl how to expect to be treated by boys, which later had a great influence in my matrimonial relationship.

I listened very carefully and deeply valued my father’s advice. Those were the times that I felt secure and the closest to him. It was a warm, comfortable bond.

But I knew only too well the consequences of being brought up feeling as though I lived in two worlds.

My mother a woman of average size and appearance, although semi-illiterate, her greatest ability was her firm, determined and strong-willed personality. She was the force around which our entire family existed. As a strict disciplinarian, she strongly believed in the saying, ‘spare the rod, and spoil the child.’ And if I so much as sucked my teeth or frowned when I was told to do something, I would be punished with a beating from my mother.

On the day my father suddenly died from a brain aneurysm, I never felt so empty, so lost and heartbroken. It was the saddest day of my life. My whole world shattered into a million pieces and life as I knew it changed forever. 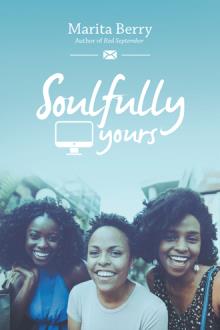 Connie Brown has known only the rhythms of life on Taino, her small Caribbean island—but her life is far from a holiday in paradise. As the 1950s dawn, Connie blooms into a beautiful and intelligent young woman. After the death of their father, Connie and her three younger siblings fight to survive in a home ruled by their abusive, alcoholic mother. As the eldest, Connie is left with little choice but to care for the little ones, and that doesn’t leave much time for her own dreams. When she meets Nathan Hart, a charismatic twenty-one-year-old from New York, Connie dares to hold a dream just for herself. Nathan is visiting the island on family business, but the sight of Connie inspires him to shift priorities. Connie is also faced with a choice: follow her heart or bow to the burdens of caring for her family. For Connie, life is filled with hard choices but also some sweet rewards. Thirty years later, and a mother herself, Connie finds comfort in reminiscing with her eldest daughter Brenda. In doing so, Connie connects with her own child and her past in ways that surprise them both. As she looks back on her own upbringing, one that was once tainted by anger, fear, and confusion, Connie finds that she now has compassion and even forgiveness for her mother’s struggles. Can time truly heal all wounds?

Marita Berry, a New Yorker, retired after a thirty-year career in telecommunications. She cherishes her spiritual relationship with God; her strong, loving family; and close sister-friendships. She is proud of her two sons, daughters-in-law, and grandsons, as well as her master’s degree in social work from Fordham University.