The Arizona Highway Patrol as I Disremember It 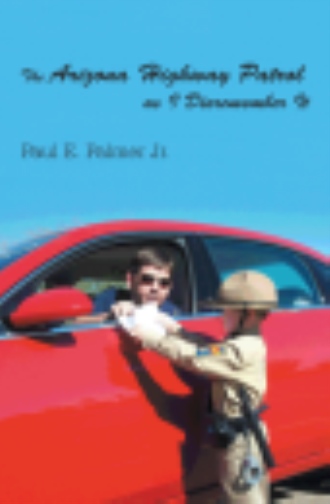 One stormy rainy night Officer Rich Richardson called Officer Bob Davis car to car and requested Bob to meet him south of Show Low on US60. Seems Rich had been patrolling on US60 down by Cibecue and he witnessed a strange occurrence. After finishing writing a ticket, Rich had walked back to his patrol car and shook the rain off of his umbrella. Yep, Rich used an umbrella when he was writing a ticket in the rain. Out of the corner of his eye he saw movement down off the highway. It was a moonless night so Rich got in his car and shined his spotlight where he had seen something moving in the brush. He couldn’t believe what he saw. It was a small Army Calvary unit being led by an Indian scout. Thinking his imagination was getting the best of him, he slowly drove down a dirt road in their direction. As he got as far as he could go, he caught a glimpse of them silently following a narrow trail down into a canyon and out of sight. Must have been something I ate, he thought. But later, as he sat watching traffic in the same area, he heard gunshots and screaming. He investigated, but found nothing.

Author Paul Palmer first began idolizing highway patrolmen when he was a boy living in Gila Bend, Arizona. As the patrolmen stopped by to visit his father, Paul soon realized that these brave men were true heroes. He had no idea then that one day he would work with the same men he held in such high esteem. As he shares a chronological glimpse into the life and career of an Arizona patrolman, Paul begins with his first job in 1966 as a dispatcher in Holbrook, Arizona, where he jokes his best view of the town was in his rearview mirror. While providing amusing portrayals of the men and women he worked with, Paul relies on slightly exaggerated real-life experiences to depict the wonderful, wild, and wacky people who made up the Arizona Highway Patrol. Paul shares his experiences of the next 40 years, serving in both civilian and sworn capacities and how he developed lasting friendships with the heroes who put their lives on the line every day to ensure the safety of others. The Arizona Highway Patrol as I Disremember It provides an unforgettable look at the humorous side of law enforcement through the eyes of one of its own.

Paul E. Palmer Jr. is an Arizona native who enjoyed a lengthy career with the Arizona Highway Patrol and Department of Public Safety, where he served in both civilian and sworn capacities. Paul currently lives in Sun City, Arizona, with his wife, Lynn.