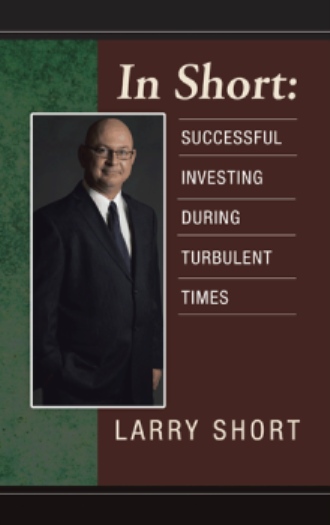 You Are Not Alone

As investors, many of you have done all the things that you were supposed to do and you are frustrated because you have not been able to achieve the desired results. That is, you have hired reputable, sincere, knowledgeable professional money managers and investment advisors who have placed you into “top performing”, “first quartile” and “five star” funds or with individual managers, but over the years your investment results have been disappointing. Or, you have done this work on your own using a discount service and have still not achieved your goals.

As advisors, many of us have done exactly what we were told we should do: we have listened to the experts, placed our clients’ money with “professional investment managers” and mutual funds with the clients’ best interests in mind and had to express regret to the clients because time and time again their investment returns have been so disappointing.

And investing in the stock market since 1998 looks more like a roller coaster ride than any other time. It may very well be that this pattern will continue in the future and that we have indeed entered an era of roller coaster style returns. So poor had investing results become in 2008 and 2009 that noted consultant to the investment industry, Bill Good, started calling investment advisors “professional apologists” because, for the third time in ten years (1998, 2000-2003, and 2008), advisors had to tell clients they were sorry that investment returns had been disastrously reduced during the latest market crash.

It was one thing to have the crash of 1998 scare people around the world as banks fell and Long Term Capital Management, an investment firm run by two Nobel Prize in Economics winning geniuses, failed and almost took western society with it. It was another to have the high tech bubble collapse in 2000 and wipe out trillions of dollars of investors’ savings. But to have a third market tragedy in ten years in 2008 on our watch was, in many clients’ minds, inexcusable. After all, we have 24 hour surveillance of economic events and modern computerized communication, not to mention the highest educated and smartest analysts on staff and the ability to swiftly move clients’ money out of the market. How could such a huge problem with the world’s financial system be missed by so many bright minds? How could we not know we were again in a bubble?

How many times can an advisor tell a client that the methods the investment industry employs are sound, that the processes are the best and that the professionals they hired indeed do know what they are doing – how can we sound knowledgeable and trustworthy when clients’ life savings fall as dramatically as they have three times in ten years?

No wonder we are sometimes called professional apologists.

Something has to change. There has to be a better solution for these roller coaster times.

But it is more than “just” the advisors who have a problem, or the clients or the methodologies individually. It is the combination of all three that has to be addressed.

So, whether you are an investor or an advisor, I can tell you that you are not alone.

In addition to this call to action, we are also on the cusp of major and dramatic changes to the investment industry around the world, including here in Canada. These changes will affect you the investor as well as the investment advisory firms and their employees. It will be more important than ever that you be aware of the upcoming changes because it will make for a different, and hopefully better, investment experience.

To begin, let us break these issues down into its components.

Let us start with recognizing the problems with the long-term returns that investors have been earning over the years.

In May 2008, the Toronto stock market reached an all time high and there was much anticipation with what promised to be a wonderful summer. However, a conversation with one of my oldest and wisest clients disturbed me. This remarkable gentleman, who is in his 70’s, and I had been working together for many years with me picking his brain about the stock market, interest rates, bonds and mutual funds and then collectively coming to a decision as to what and how to invest in his account. I know it is supposed to work the other way around with him asking me questions. Afterall, I was the one with all the book learnin’, the degrees and designations, but this client is one of a cherished, rare breed who has been investing for a long time, who has seen the soaring and crashes of past markets well before I came into the business.

We spoke quarterly on a scheduled call basis and during this call he reminded me that the last time that the price of oil tripled, which was in 1973, the stock markets around the world had crashed shortly after. Well, here we were in 2008 with markets at all time highs and the price of oil had tripled from recent times. He was worried and when he worried, it portended trouble.

Shortly after, the Toronto stock market did peak and fall and his stocks were stopped out (the stop loss orders were triggered and the stocks sold). He was now in cash as the markets fell through August and all the way down to January 2009.

We were in contact during that period with discussions on the markets and interest rates.

Remember, in January of 2009 newspaper headlines were screaming about how terrible the markets were, how the Toronto stock market index had fallen from 15,400 down to below 8,000, how much further we were destined to fall, and how people were selling out of their investments. Canadian bank stocks had fallen over 50% in most cases and panic was very much in the air. One client had told us that their friend was now selling out of his RSP’s “cause they had gone down” and the friend was recommending others do the same.

Later in the book I will explain in more detail that I am a Contrarian investment advisor. This does not mean that my wife and friends think that I am difficult to get along with (that is a very different book). It does mean that I invest in a manner that is generally opposite to the way that most in the investment industry recommend.

One of the reasons for this approach is the wisdom of some of the remarkable clients that I have.

In January of 2009 I again spoke with my long standing client and I presented him with research that showed that the markets were finally bottoming. He agreed. I then started investing his, and other clients’, money, back into the stock market, highlighting what I thought were undervalued sectors. I also launched an investment seminar called “When Will the Recession End: Preparing to Prosper” advocating that investors start preparing for the end of the recession and position their investments to prosper in the coming months and years.

To say that at least some of the invitees to these seminars thought I was daft is an understatement. In January 2009 almost no one was talking about “prospering”. Most investors and advisors were just hoping to survive. And, because the market continued to fall through late January to March, our credibility during those months was heavily questioned.

Being early is always a risk but being late is even more dangerous.

Investors are increasingly frustrated by poor investment returns, particularly in the last decade. It seems the financial world wrenches from one crisis to another in a boom-bust, bubble and crash sequence, rising to unpredictable heights and falling to unfathomable depths.The old investing rules do not seem to work. Something has changed.

This book recommends that the reader take an alternative mindset to investing. It guides the reader to this mindset through a series of educational and, hopefully, entertaining lessons. It uses various tools such as newspaper headlines at critical points in the history of the markets as well as insightful anecdotes gathered over the years. It also employs often amusing research from outside the industry to shed light on how investors make decisions.

This book examines the origins of accepted investment methodology, provides a critical review of mutual funds, and presents alternative solutions for these turbulent times.

Along the way it also touches on the future of the investment industry, how to select an investment advisor, and an alternative way to plan for the future.

In Short: Many books tell you about what investments are. This book is an attempt to teach you about how to drive your investment returns higher.