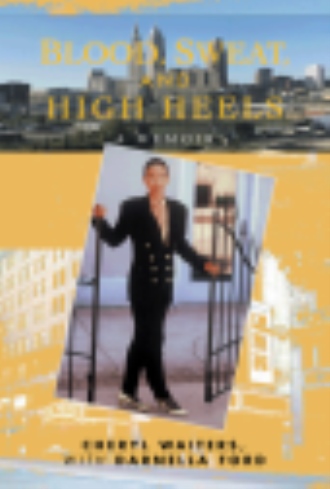 Exemplified by the power of the human spirit, life in the face of death, she had the courage to challenge a generation to release the shackles of ignorance surrounding women and gender roles. All of this and more is lyrically conveyed in Cheryl Waiters' autobiographical novel titled "Blood Sweat & High Heels", based in Cleveland, Ohio.

Her autobiography delivers a message of self-empowerment for women of all ages, nationalities and demonstrates unyielding courage to transcend the impossible and the unthinkable. Cheryl holds the noble distinction as the country's first African-American female to rise to the height of fame in her more than 20-year career in the male-dominated field of construction work, as a journeyman electrician.

Waiters escorts the reader through a private tour of hell as she blows open the doors for an unauthorized peek inside the world of Mafia-controlled cities, labor unions, and life and death situations on job sites where women are anything but welcome.

Haunting and intensely reflective, her birth and formative years are eloquently paired with historical movements that profoundly changed the world, from J.F.K to Martin Luther King, the rise of the Black Panther Movement, women's liberation, and hippies touting "free love and peace."

The timeless genius of this story has not only captured an essential slice of history, but has also defined it. Given such an achievement of literary brilliance, IT IS DESTINED TO BECOME AN AMERICAN CLASSIC!

Being born is like coming into the middle of a movie. You have to find out what happened before you arrived and catch up to where you are now.

Everybody has a life, but the true gift lies in the ability to express that "life force" in a way that is thought provoking, entertaining, inspiring and educational to anyone who might see that life. This life then becomes more—it becomes art.