A Research Study on Procedural Justice for Priests—Diocesan and Religious 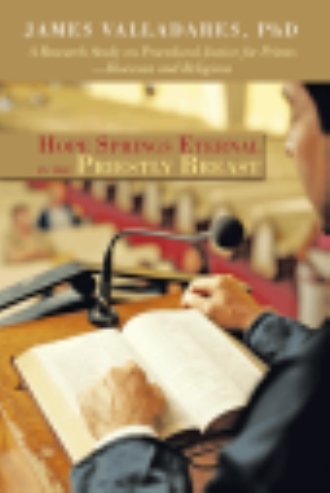 “No one is permitted to harm illegitimately the good reputation which a person possesses nor to injure the right of any person to protect his or her own privacy.” (Code of Canon Law, Canon 220) Recently (June 15-18, 2011, Seattle) the U.S. Bishops reviewed the implementation of the 2002 “Charter for the Protection of Children and Young People.” Commonly known as the Dallas Charter, it has served for almost ten years as the primary mechanism to safeguard minors from sexual abuse in the American Catholic Church. “While the bishops should be applauded for their efforts in trying to prevent harm to children, the Dallas Charter has failed to promote justice for priests or to satisfy civil authorities. And so, while responding to the heinous crime of pedophilia it has ruined the reputation of innocent priests. Its one-size-fits-all approach to any accusation of sexual impropriety has left every innocent priest vulnerable to defamation and dismissal from the ministry.” Justice demands some adjustments in the Charter to ensure the good of deacons, priests, bishops and the Church.” – Rev. Dr. Michael Osi Ed.D – Ave Maria School of Law, Naples, Florida. One retired F.B.I. agent who worked with veteran attorney, Donald H. Steier, to investigate many claims made in the Clergy cases said: “About one-half of the claims made in the Clergy Cases were either entirely false or so greatly exaggerated that the truth would not have supported a prosecutable claim for child sexual abuse.”

The clergy abuse scandal has posed the greatest threat to the traditional understanding of the Catholic priesthood since the Protestant Reformation. Now, as then, the deadliest attacks are coming from within the Church. In an attempt to improve a system that allowed a small minority of the clergy to violate children and ameliorate the gross negligence of some bishops who recycled these predators, the American bishops instituted the Charter for the Protection of Children and Young People in 2002. It is, unfortunately, doing the Church more harm than good.

In Hope Springs Eternal in the Priestly Breast, Fr. James Valladares shows how justice and charity have been violated by some bishops in dealing with accused priests. He examines the pertinent canons that guide the Church’s judicial system and finds that these are often ignored or wrongly applied. He provides true cases that highlight the injustice of the process and the agony of priests who have been subjected to the charter’s draconian mandates.

The Church has incurred tremendous financial losses because of settlements rising from both legitimate and false claims. Her image has been marred by the secular media, which has taken advantage of the crisis. Even so, we often fail to understand how trivial these are in comparison to the damage done to the priesthood by the enactment of the charter’s policies. This is the most pressing issue that the bishops need to address.