The Ballad of the Shirley T and Other Stories 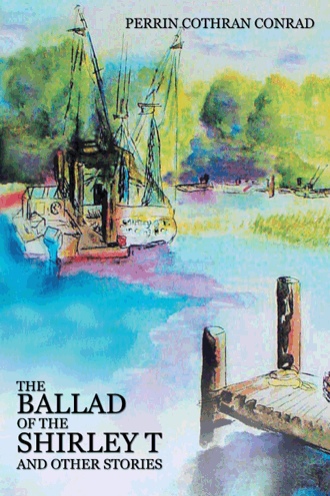 The forecast called for a hot July day, but it was only 4:00a.m. when Henry Geathers stepped down out of his trailer. He tried not to wake his wife, Daisy. But today, like always, she stirred slowly and got up to make Henry a pot of coffee. It was the least she could do. She tried to stay busy since she'd been let go from her job in the seafood store. She was a hard worker, but they couldn't afford to keep her on. The new Wal-Mart fifteen miles down the highway had a fancy lobster tank, and hardly anyone ever came into Billy's Seafood anymore.

An elderly sweetgrass basketmaker is shoved from her home and her way of life by a town’s progress. A scorned woman seeks revenge on her boyfriend with a credit card and a bottle of mustard. A forgotten young girl tries to fi nd her way in the world with only her wits and her grandmother’s sewing machine. A truck stop waitress has a grim secret that will make you die . . . laughing. This collection of short stories offers something to entertain you, no matter your mood. Societal changes, injustices and human brokenness provide windows into the human spirit, whether ugly, beautiful, desperate or hopeful. Some characters rely on faith or love to see them through. Others seek revenge, often with humorous results.

Perrin Cothran Conrad is the author of A Quiet Cup of Tea and has lived in the South Carolina Lowcountry for the vast majority of her life. Holding a B.A. in English Literature/Creative Writing from Agnes Scott College and a J.D. from Campbell University, she left the practice of law to pursue her passions: writing fiction, and being a stay-at-home mom. She lives in Summerville, South Carolina with her husband and son.