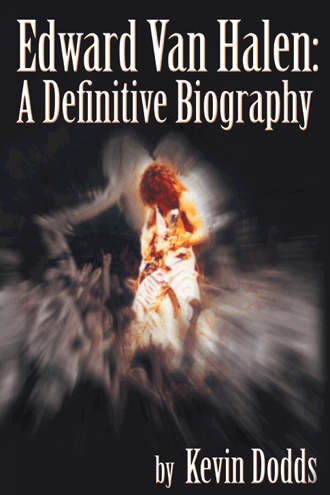 In this biography, Dodds takes a comprehensive look at the life of Van Halen, one of the world’s most famous and influential musicians. He examines Eddie’s early years growing up in the Netherlands; his life with his mother and musician father; the family’s immigration to the United States; his lifelong trials and tribulations; and his remarkable music career. For more than a year, Dodds delved into more than a thousand different sources to compile Edward Van Halen: A Definitive Biography, the story that captures the life of a man with complex personality and character traits whose life and times has played an important role in American cultural and musical history. Dodds has also woven his personal experiences with Van Halen as well as his own band into this story, providing a unique perspective in the field of rock-and-roll biographies.

Kevin Dodds has been an avid follower of Edward Van Halen’s career since 1979. Dodds is a freelance writer, a semi-pro guitarist, and a rock and roll historian. He lives in Austin, Texas, with his wife and two children.