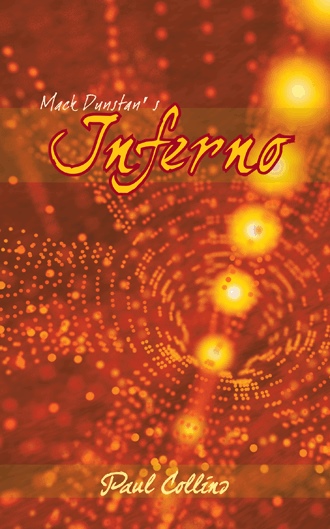 Heston drifted further into the lands of the dead, the world moved on, and the actor descended deeper, where he became overwhelmed with hallucinations. Following his death, he could not detach himself from his riches, his desires, fears, and ambitions. Where is my house and favorite chair? I knew I should have paid the Internal Revenue Service! In time, he soon would learn that death acted like a mirror. If a man cannot let go of his possessions, his self, and his vices, hallucinations in the afterworld turned evil. As darkness encircled him, these hallucinations tortured him, causing him to yell and scream. When in a terrible moments of pain, his world went dark. Mack saw a play, where his image was the principle actor. The dead man saw his life from a myriad of directions. He began to detest his egotism, his vanity, and greed. He watched himself break the destiny of his life that he had already lived. He projected himself back in time; also to those he had relationships. He saw the four courses of possibilities, which interested and eventually horrified him. Heston was lost in superimposing his world of dreams over his reality, which eventually bedeviled him in a world of illusion. Dunstan soon became aware that he now possessed a body of energy; his earthly body was no more. At that time of realization, he encountered an ocean of light. That moment, he fought to maintain such a force. He tried vainly to handle onto this level of super consciousness. He tried to hang onto this pure energy, which came to be the source and return of all souls.

Mack ‘Max’ Dunstan has played Moses, Marc Anthony, Ben-Hur, President Andrew Jackson, and Long John Silver. He has starred in The Ten Commandments, Ben-Hur, El Cid, 55 Days in Peking, Planet of the Apes, Omega Man, and Soylent Green, to name a few. Sadly, in this age of social media, reality television, and political correctness, today’s generation know him only for his hard right point of views and his outspoken nature.

Mack Dunstan’s Inferno was written as a satirical, fantasy work, where Mr. Dunstan succumbed to Alzheimer’s, went through the death process, and descended into hell, where he met victims of his pro-gun policy. Collins was a fan of Mack Dunstan. This manuscript was actually inspired when the author viewed Michael Moore, who challenged Mr. Dunstan in Bowling for Columbine. The author did not support Mr. Moore’s penchant for skewing the facts, or promoting his own agenda, but has acknowledged the filmmaker for providing the inspiration for Mack Dunstan’s Inferno.

Collins was never a fan of filmmaker Michael Moore. In fact he was utterly appalled and disgusted to hear how Mr. Moore accepted the academy award. The American Academy awards were about Gucci shoes, who was wearing what, and who's sleeping with whom. It was never about social issues. Collins never understood how a movie director could become infamous through documentary filmmaking. Only in America!

Mack Dunstan’s Inferno began with Mack Dunstan going through and experiencing the death process. As he journeyed, he met Virgil, who guided him through hell, heaven, and eventual illumination. In his journey, Mr. Dunstan met the many victims of his pro-gun policy. Many were Hispanic and African-Americans, all of whom were from the poorer classes. It was in this scenario of the underworld; Mr. Dunstan was confronted with the many sad and tragic stories, leaving him to go through the process of expurgation of guilt, anger, and elimination of the ego.

Mr. Dunstan, however, did meet a lot of celebrities in his journey of the underworld. Some were from the silent era, golden age of cinema, and classic, American TV shows. Mack Dunstan’s Inferno was not only a satire on those who enjoy distinction in the modern era, but a parity, or update, of The Divine Comedy. Within in the perimeters of fiction, Collins satirized and the so-called pillars of the communities and media darlings. He lampooned present actors, dead actors, present/past members of the political and business elite. Therefore, instead of mentioning long, dead ancient figures of history, Collins sketched in Kelsey Grammar, Sally Struthers, or JK Rowlings.

Paul Collins was born in Toronto, Ontario Canada. Collins is a freelance commercial director. In 2002, he directed a documentary about youth violence called Just Talk. Its world premiere was at the Final Cut Short Film Screenings DJ & VJ Sets in the city of Brighton in the fall of 2003.  Collins has written King without an Empire (out of print), Mystery of Everyman’s Way, and Mack Dunstan’s Inferno is his latest paperback. He has also been a blogger for www.angiesdiary.com , www.torontodailymail.com , and is a You Tuber at www.youtube.com/user/pollywolly77.