PRINCIPLES AND PRACTICALITIES OF INTERFAITH RELATIONSHIPS IN NIGERIA. 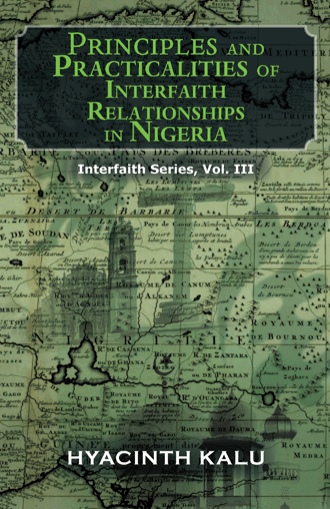 In a community with three dominant religions, dialogue, as used in the Nigerian context, excludes one of the three religions. The excluded always feel treated as less significant in the mutual and peaceful existence of the society. As a way of exerting its self-importance, the excluded group not only sabotages the efforts of the other two, it also creates more avenues for conflict and violence. As a lasting solution to the problem of religious violence and intolerance, without rejecting the word and process of dialogue, so rich in meaning and in the spirit of brotherhood, there is need for the interfaith relationship in Nigeria to advance from dialogue to trialogue. What is trialogue, one may ask, and why is it effective? The word “trialogue” was not in use until the late 1970s, when it not only appeared but also became popular. Since then trialogue has been defined as, “An interchange and discussion of ideas among three groups having different origins, philosophies, principles, and (doctrines).” This definition and concept clearly explains the model for interfaith relationships, which I am proposing for Nigeria. It means an interchange and discussion of ideas among Christians, Muslims, and followers of African Traditional Religion, who, no doubt, have different origins, beliefs, practices and doctrines. This type of interchange and discussion has clearly been absent in the religious atmosphere of Nigeria in general and the South-East in particular. One very striking element of trialogue is the participation by all three religions in Nigeria without any one of them being relegated to the position of observer. Hence, trialogue is rightly understood as, “A conversation or discussions in which three people or groups participate.” We see here a clear difference between the two models of interfaith relationships – dialogue and trialogue. In dialogue within the Nigerian context, the only participants in the North are Christians and Muslims. Followers of Traditional religion only observe from a distance. On other hand, in trialogue they will participate along side with Christians and Muslims. The same applies in the South-East. In dialogue within the South-Eastern context, the only participants are Christians and traditional religionists, the Muslims only observing from afar. In trialogue, the Muslims will participate in the interchange of ideas and conversation or discussion alongside Christians and traditional religionists. 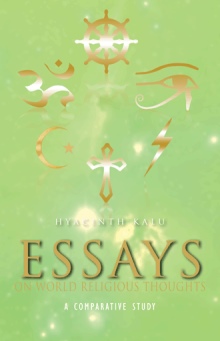 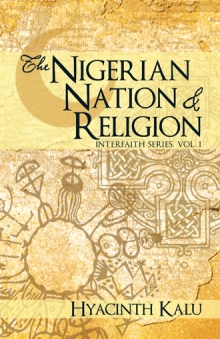 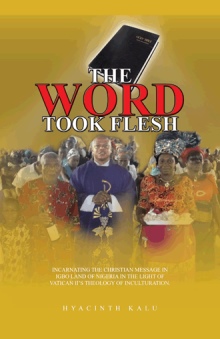 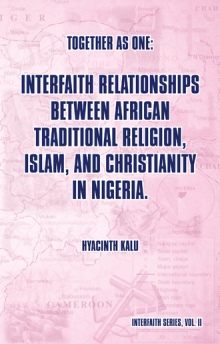 Together as One: Interfaith Relationships between African Traditional Religion, Islam, and Christianity in Nigeria.
Hyacinth Kalu
$18.95

Given the amazing interest in interfaith relationships among the religions in Nigeria, and the desire to proffer a better approach to these relationships , this book proposes a trialogical approach as a solution to the religious conflicts and crises that have become the order of the in Nigeria. In this approach, no religion is left out; all (ATR, Islam, and Christianity) are treated as equal partners in seeking and offering solutions towards better relationships among religious followers and the Nigerian people. Interfaith relationships and activities involving all three religions in Nigeria (ATR, Islam and Christianity) without excluding any, is a powerful tool for promoting religious harmony, peace and cooperation for the stability and advancement of our nation. This volume offers the guidelines and practical activities towards making trialogical relationships possible and fruitful among the followers of African Traditional Religion, Muslims, and Christians in Nigeria.

Hyacinth Kalu, Ph.D., is a Nigerian born Catholic Priest and a scholar with great passion for research, teaching and learning. He holds degrees in diverse academic fields of study including Religion, Education, Theology, Philosophy, Interfaith, and Culture, from Universities and Institutions around the World. He studied at University of the West, Rosemead, California; California Coast University, Santa Ana, California; Loyola Marymount University, Los Angeles, California; Norwich University, Northfield, Vermont; United States Institute of Peace, Washington, D.C.; all in the United States of America. He also studied at the St. Joseph Major Seminary, an affiliate of Pontifical Urban University, Rome; and Bigard Memorial Seminary, Nigeria. He specializes in Comparative Religion, and translates his research and scholarship into classroom and concrete daily-live examples. He is the author of the following books, The Word Took Flesh: Incarnating the Christian Message in Igbo Land of Nigeria in the Light of Vatican II’s Theology of Inculturation; Essays on World Religious Thoughts: A Comparative Study; The Nigerian Nation and Religion (Interfaith Series, Vol. I); Together as One: Interfaith Relationships in Nigeria. (Interfaith Series, Vol. II).