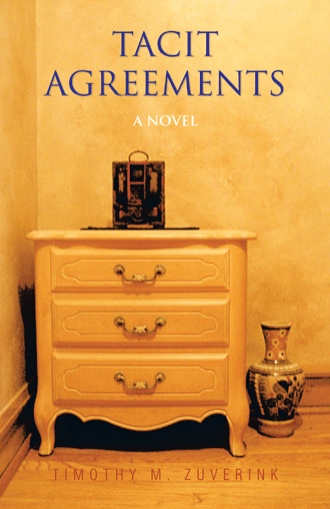 Sandra Yarbrough Ruisdael died a week ago Thursday. After eighty-five parasitic years on this planet she finally deigned to leave. For a while I’d thought she was waiting for the new millennium. But the year 2000 came and went with no sign of her departure. As did 2001, 2002 and 2003. It’s now 2004, mid-June to be exact, and she’s made her final exit. If there’s any significance to the dates that bookend her life—1919 to 2004—I don’t see it. But then, Sandra always had a logic all her own that I’ve never claimed to understand. It may sound odd to speak of her simply choosing to depart this life. But in her case that truly is how things appear. On Wednesday evening of last week she attended a concert of Mozart’s 40th Symphony put on at the local performing arts center. This was followed by a decaf cappuccino at Vermeer’s Retreat, our small town’s only true cafe. For both events she was accompanied by a select clique of other wealthy widows who strove to give the impression that they were intimate friends. Three of these four companions did, in fact, attend her memorial service the following Sunday afternoon. But I had the feeling they were there more out of a sense of obligation than from any true affection. Sandra arrived home from the cafe a little after midnight, slipped into her embroidered jade silk sleep wear, and after reading a few poems by her beloved Walt Whitman, whose dog-eared book always rested on her night table, retired to her massive, empty, Louis Quatorze bed. Suzanne, her housekeeper, found her at ten the next morning reclining comfortably—“swooning” was the word Suzanne actually used—like a Cleopatra or a Guinevere in a Pre-Raphaelite painting. There was no sign of struggle. No sign of pain. It was as if her spirit—or whatever force had animated her during her lifetime—had decided at last that it was an auspicious moment to embark on a long overdue migration. If she had been able to witness it, I know Sandra would have been pleased. Her death certificate officially lists the cause as an aneurism in her brain. But to Sandra that would have been a mere technicality. She had swooned. She had willfully embarked on a new journey of discovery. She had departed this life on her own terms and in her own way. And she had done it, as she’d done so many things in life, alone and unencumbered by people, yet with a certain theatrical flair. As always, she was playing to the unseen audience that existed only in her imagination and memories. Sandra Yarborough Ruisdael was, among other things, my father’s mother. In short, she was my paternal grandmother. And her sudden demise has caused a change in “travel plans” for my own life as well. 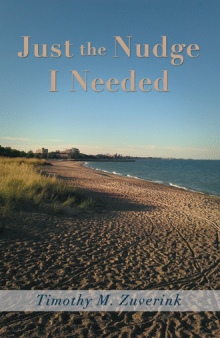 For Glenn Ruisdael, life isn’t turning out quite the way he expected. At thirty-three, he’s alone once more, living in the small town in Michigan where he was raised, chronically depressed and working a job that’s below his abilities. He spends his days merely drifting along, drinking too much, and feeling like a failure—but things are about to change.

His grandmother, Sandra, has died, leaving him and his estranged brother, Martin, very wealthy. He has also inherited keys to two private rooms at the family mansion—one, the sole domain of his grandfather, and the other, that of his grandmother. As he explores these rooms and discovers the truth, he is forced to admit that idols all have their feet of clay. But he also comes to realize that saints can be found in the most unlikely of places. Checkered as his own past is, Glenn knows that the time has come to deal with his personal demons. He misses Gideon, his ex-lover in Minneapolis, an unconventionally spiritual man who challenged the core values by which he’d been living. Glenn also realizes the time has come to try to reconnect with his brother. Martin, after all, is the only family he has left. Glenn knows he is at an important crossroads in life, and the path he chooses now will have repercussions reaching far into his future.

Timothy M. Zuverink was raised in Holland, Michigan. After studying psychology and sociology at Hope College, he earned his BA. He later earned his master’s degree in the social sciences from the University of Chicago. He currently lives in Chicago with his two cats and two rabbits—all rescues—and is a member of Edgewater Presbyterian Church.