Divorce through a Child’s Eyes 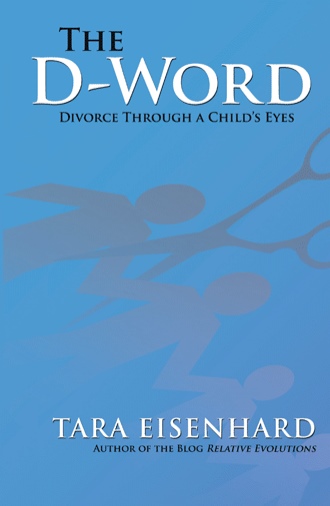 I always wanted to write for the young-adult crowd. When I began this work, I thought that’s what I was doing. I was wrong. A few pages into it I realized that I wasn’t writing this piece for “Gina”. I was writing it for her parents, grandparents, teachers and a multitude of other adults who might influence her during such an impressionable time.

For many years, I’ve held onto the passionate belief that families should evolve and not dissolve through the process of a divorce. For as many years, I’ve been saddened by the frequency with which the opposite effect comes to fruition. My intention for this book is to allow those involved in a divorce to regard the situation from different perspectives. My hope is that such consideration will promote more positive interactions, thus encouraging a healthier transition for divorcing families.

I’d like to recognize my parents, for showing me that a good divorce is possible. I’d also like to express gratitude for my ex-husband for helping me attain my own good divorce. To those of you who served, and will serve, as teachers throughout my quest for knowledge, thank you. All interactions provide an opportunity to learn and grow.

Reader, I wish you a peaceful and prosperous evolution…

It was five days before my twelfth birthday when it happened, when my whole life changed. It was a Wednesday night in June, just a couple weeks before the end of the school year.

My mom went shopping after dinner, leaving my dad home with me and my brother, Danny. We cleaned up the kitchen together and then set to work on the rest of the house. We had a pillow fight in the living room, and we played catch with a plastic orange from the dining room table. My dad always found a way to make chores seem like fun. Even when he helped us with our homework, he pretended that he was the student and Danny and I were the teachers. He asked us to teach him the lesson, and by the time we were done, we didn’t need his help at all!

I was upset when my mom came home and my parents started fighting. It was past bedtime, and I was supposed to be asleep, but they woke me up. It wasn’t unusual. The fight was pretty standard: they were arguing about my dad not sweeping behind the toilet and my mom being a drill sergeant and my grandmother being too nosey and my aunt being a showoff … And then he said it. Actually, he didn’t say anything at first. It was oddly quiet for a moment, and then he said, “Jill, I don’t want to live like this anymore. It’s not fair to the kids, and it’s not fair to us. I think we should get a divorce.”

My mother started shouting again, but I didn’t hear what she was saying because Danny burst into my room. He was crying as he jumped on my bed and clung to me. I put my arms around him and rubbed his back.

“Don’t worry,” I told him. “It’s going to be OK. They’re just fighting like usual. You know how they say things they don’t mean.”

Intended to inform and inspire, The D-Word is an honest, firsthand look at divorce and its ramifications. Parents, grandparents, friends, attorneys and counselors are invited to glimpse 12-year-old Gina's experience and learn how their actions shape reality for children of divorce. Through real-life examples, The D-Word addresses issues such as conflict, communication, alienation, attitudes and, ultimately, moving on.

When Gina's parents decide to separate, she finds herself propelled toward adulthood on the emotional roller coaster ride of her life. Gone are the days of an existence filled with typical adolescent turmoil. Instead of exploring her social circles, Gina listens intently to decode her parents' telephone discussions. She takes on a new level of maturity as caretaker of her younger brother and confidant to her distressed mother while she grapples with her role in a changed family. As a year unfolds, Gina struggles to find understanding, adjustment and peace of mind.

Tara Eisenhard is an ex-wife and the daughter of cooperatively divorced parents. From these life experiences came her belief that familes can evolve, not dissolve, through the process. She has studied divorce and blended-family dynamics and is passionate about sharing her vision with others. Tara lives in Central Pennsylvania.