Stories from around the World 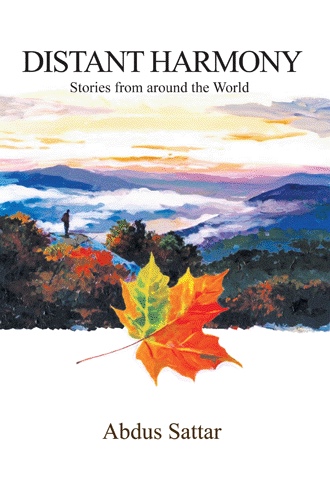 IN THE MIND OF A DOVE
In rural Bangladesh, a young boy watches his brother hunt a defenseless dove. The consequences of that action touch him for years as he grows. Later in life, away from the hunters, he wonders how the world could be different without such acts of senseless violence.

Forty-five years have passed; even then, at uncertain hours, the tale of a lonely dove returns to my heart.

I grew up in the countryside of Bangladesh. In the evenings, my mother would light our house with kerosene lanterns. The light drew mayflies, moths and other night insects. I have often seen flowers that revealed their secrets only in the dark. The moonflower and water lilies bloom in darkness, pollinated by moths and night flies in exchange for food. The yellow primrose, found along most country roads throughout the land, was made by nature to bring light to the darkness. It opens up just at dusk, so swiftly that it can be seen and even heard by those patient enough to take the time. Many evenings in my childhood, as the sun sank, I would sit down amid clumps of these flowers and watch. I would hear a noise like popping soap bubbles and upon looking more closely, I would see the swelling buds burst open. Before my eyes, the petals wrenched free; shaking and twisting, they spread wide open. At this moment of twilight, there arose from the depths of the forest the most beautiful birdcall of the day. It was the sad, pensive cry of the dove. When I heard this song, my heart almost stopped. I thought about all of the expectations in life that I had never quite fulfilled. At the song's end, I lifted my head to absorb the aroma of the mango blossoms drifting in with the southern wind.

In autumn, we saw other birds flying across the sky. As the weather grew colder, we would build a fire early in the morning to stay warm. We enjoyed the companionable whisper of the burning log and its aroma, augmented by the rich oils stored up through the years of its life. Sometimes, as the heat penetrated to a hidden storehouse of the wood, the essence ignited in a sudden blue tongue of hissing flame. The cellulose, wood oils and gases slowly turned into flame; the minerals, potash and calcium, turned to ash. Inside the ash, we would burn mothball-like bullets made of termite clay to harden them for my cousin’s slingshot.

In autumn, my cousin Anu Mia used a scythe with a flint blade to cut the rice paddy at knee height. He had to pay a tribute to the landlord, either in grain or cash, according to how much land was used for cultivation and whether he owned seeds and livestock. Farmers used oxen to crush the harvested paddy under their hooves, causing the grain to separate from the chaff. One year the paddy grew particularly well. During the reaping and threshing of the paddy, Anu Mia joyfully bounced his little boy on the back of the ox as his wife sat on the verandah, knitting and praising their little boy’s courage. All the while, doves filled the nearest courtyard, searching for grains to eat.

Anu Mia's slingshot was very important to him. He would use it to scare away the green parrots when they came to destroy his crops. The gentle doves, he left alone.

One day, my cousin let Raju, my elder brother, borrow the slingshot for a couple of days to scare off the crows that had been stealing eggs from our chicken coop. With the slingshot in hand, Raju and I crossed the groups of dwellings near the fields and along the canal. The bamboo and straw houses were arranged in rows and only their front doors were used for light and ventilation. Behind the houses, in the green woods, a flash of gray on the branch of a tree caught our eyes. A baby dove rested with its father, I guessed. Then a second spot of gray stirred as another dove sailed on silent wings to the same branch. The mother appeared holding a morsel of food in her beak. She hopped closer to the baby. Turning eagerly, the baby lifted its crested head and hungrily accepted the food the mother poked down into its throat.

As my brother had told me to, I stopped and hid quietly behind a bush. In the lengthening shadow of a tall mango tree, my brother moved smoothly, so the doves wouldn't be alarmed. From behind the bush, he raised his slingshot and took aim. The father dove fell almost 30 feet to the ground. I froze in astonishment. My heart began to pound painfully in my chest. The mother dove, together with her baby, disappeared into the thickness of the woods. I gave them my unspoken sympathy and headed back down the hill with my brother.

As time passed and the nesting season progressed, each bird established its own territory with its mate. The chirping and loud singing died down. Yet, thinking of what had happened, I simply couldn’t forget about the mother dove. I contemplated her helplessness in the cruel natural world.

I wondered about the baby. I felt it had no delusion that its father would return but saw itself in its orphan-hood, without a father. The baby's hope had flown away in the night, like a fleeting vision. I imagined the mother dove weeping with her spongy brown eyes holding the enormity of the world in her tears. The mournful sound coming from her beak expressed a deep sadness. I imagined that in her fear she heard so well that, at the slightest sound of danger, she and her baby would quickly plop to safety under a fallen leaf.
I pondered the methods of survival with which evolution has endowed earth's creatures.
Did the mother dove want to build her nest in a tree on the side of a mountain covered by heavy vegetation and steep, treacherous ridges?

Could she hear the quiet whoosh of the owl's wings and detect the tread of a crow’s foot or the approach of an eagle?
Did the mother want to hide her baby on the top branch snarled with wild thickets?

In the silence of the night when nature slept and the autumn moon shone, did the mother gently rock her baby to sleep, oblivious to the weight of the woods?

I also imagined that in the green forests, in the rainfall of the monsoon in the morning and the dewfall in autumn, the very spirit of the mother dove's lover, though cold in death, coming back to her in dreams. In looking back at her former happiness and thinking of the days that no longer existed, her heart sank with all she had loved while her lover’s soft voice echoed in her memory. At night as the full moon's soft splendor washed over the faint cold leaves of a world far away from hunters, the mother dove sought nothing more than a quiet home with her baby.

Did she want to be on a tree close to a spring where slippery moss and waterfall spray threatened the hunter's footing?
Or did the mother dove want to be far away from the spring so the thundering stream couldn't drown out her baby's cries for help On the warm summer evening before departing from my home in Bangladesh to a new life, my cousins and I watched the moon rise above the bamboo groves. Leaving our shirts on the bank of the lake, we swam against the stream on the moonlit water. My cousins surfaced and I followed. In the dusk of the moonlight, I saw them run ashore, water dripping from their young, sleek bodies and for a fleeting moment, I understood the significant transition of my life from this young age.

The roads to the city from my village took me past many woods. As each new one appeared, the memory of my own woods reminded me of the plight of a dove. In her old age, when the mother dove's eyesight had grown dim and the wind was blowing the scent of the new harvest, I wondered if she felt the need to satisfy her hunger.

Or did the scent of a new harvest bring back to her memory the loss of her loved one and being alone in the world?

Journeying from continent to continent and finding beauty in all of nature and every example of humanity, Distant Harmony presents a collection of short stories examining our lives and the ways in which we are connected to our past, to nature, and to our fellow human beings.
Though the tales from author Abdus Sattar tell of poverty, grief, loss, and hunger throughout disparate cultures and diverse peoples, they communicate themes of a deep love of humanity and the unquenchable dignity of the human spirit. The selection “On the Euphrates” parallels the lives of two parents thousands of miles apart as they grieve for their children. “A Desert Sketch” provides a glimpse into the stark reality of Mariam, a Bedouin who ekes out a living with her father.
With vivid imagery, Distant Harmony shows melodies of political oppression, regret, and longing, yet always tempered with love and hope.

Praise for Distant Harmony
“The narrator of these tales journeys through time and space, fulfilling his own creative quest. Through his captivating voice and vision, Abdus Sattar transforms the disharmony of distant places into a rich melody, textured with strains of faraway wars, familial tragedy, yet always overpowering love.”
—Brenda Hudson

Abdus Sattar began writing while working as a senior advisor of a renowned university. He continues to work in the field of higher education. His writings describe his personal experiences and his discovery in ordinary people. He has written several short stories for magazines and community newspapers and screenplays for short films. Abdus grew up in Bangladesh. He and his wife reside in Dallas, Texas.